Liberals are More Honest Than Conservatives When They Smile

In the “who’s happier?” race, a whole body of research shows conservatives report being happier. Four new studies published in Science hint at a possible reason why. Most happiness research is based on subjective, self-reported data, as opposed to objective measures of happiness, which can be harder to study. The new research highlights a difference between the two.

The studies, led by Sean Wojcik, a doctoral student in psychology and social behavior at the University of California, Irvine, first confirmed what’s already known: In a survey of 1,433 people, political conservatives reported being more satisfied with life than liberals. But researchers found another pronounced trend else among conservatives: They were more likely to judge themselves and their circumstances in an overly positive way.

That may explain the happiness gap, the researchers thought. To test it, they embarked on a series of studies. In one, they analyzed transcripts from Congress to determine the kinds of emotionally charged language people used, and found that liberals used more positive words than conservatives. In another study, researchers assessed photos of Congress members and gauged the smiling intensity of the delegates, finding that liberals were more intense and genuine smilers. “We saw greater activation of the muscles around the eye,” says Wojcik. “That typically indicates more genuine feelings of happiness and enjoyment.” The same held true in non-politician liberals, according to an analysis of the profile photos of liberally and conservatively aligned LinkedIn users.

So when conservatives say they’re happier, but liberals actually display happier behavior, who is, in fact, happiest?

It’s impossible to call. “It really depends on how you measure and define happiness,” Wojcik says.

Wojcik says he plans to study the impact of the benefits of this kind of “self-enhancement” seen in conservatives but less in liberals. So far, research suggests it’s related to an increased ability to care for others, more creative and productive work and better mental health, Wojcik says.

“It’s not that conservatives are lying about their happiness,” Wojcik says. “They just have a more confident style of self-assessment where they evaluate themselves positively across a whole bunch of different kinds of traits, and happiness just appears to be one of them.” 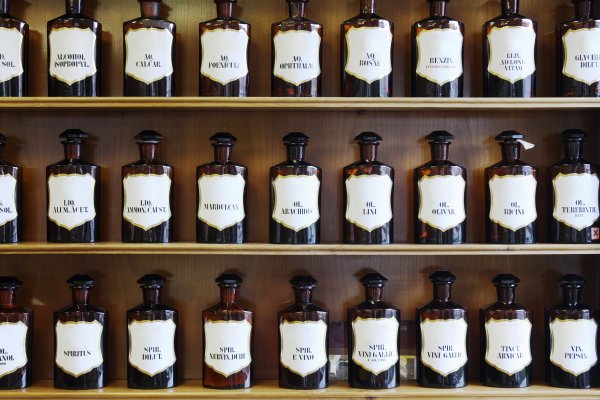 Homeopathy Is Not an Effective Treatment, Experts Say
Next Up: Editor's Pick