People Are Not Happy About TGI Friday's Viral Catcalling Parody

Last year, a video that showed a woman wearing jeans, a T-shirt and a hidden camera get catcalled 108 times when walking silently through the streets of New York City went viral — as did awareness about street harassment.

And so, in an attempt to ride the viral wave five months later, TGI Friday’s decided to swap out men yelling “Hey baby, how you doing today?” at a woman to yelling “Damn!” to a fried mozzarella stick.

“Nobody likes a catcaller… But who can blame someone for #AppCalling,” reads text on the ad.

Some found the ad harmless.

“You do realize that people have already made dozens of parodies right? Many of them comedic in nature?” Rob Bliss, who created the original catcalling video and provided his footage to TGI Friday’s, tells TIME in an email. He references a Funny or Die parody that shows what it’s like to walk through New York City for ten hours as a man as an example.

“I feel that the video isn’t anything new,” he says.

But there has been a steady stream of online outrage by people who believe it is inappropriate to turn the very real problem of street harassment into irreverent humor. The promotional #AppCalling hashtag has collected a stream of negative commentary:

Although TGI Friday’s does not agree with the objections.

“We worked with the original creator of the video to develop a satirical piece, objectifying food, not people,” TGI Friday’s tells TIME in a statement. “It condones AppCalling, not cat-calling.” 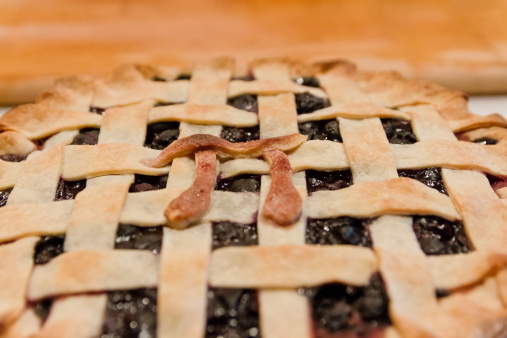 Pi Day Celebrations Get Wacky
Next Up: Editor's Pick