Europe Turns To Turkey As Alternative To Russian Energy

An OAO Rosneft gas station near the Ostankino TV tower displaying the colors of the Russian national flag in Moscow, Russia, on Dec. 2, 2014.
Bloomberg—Getty Images
By Andy Tully / Oilprice.com

The European Commission (EC) plans to tighten its relations with several nations, including Turkey, as a part of the Continent’s effort to lessen its dependence on Russian for its energy security.

In a statement on March 11, the EC said it “intends to strengthen EU-Turkey energy relations by establishing a strategic energy partnership” because “[a] stronger and more united EU can engage more constructively with its partners, to their mutual benefit.”

Two weeks earlier at EC headquarters in Brussels, the commission unveiled its Energy Union Package seeking greater coordination among the European Union’s member states to permit a free exchange of energy from one to another to ensure a secure supply for all citizens of the EU.

At that time, the EC specifically spoke of its goal to reduce its reliance on energy from Russia, which has been hit by EU and US sanctions for annexing Ukraine’s Crimean peninsula and supporting separatist rebels in eastern Ukraine. EU customers get about one-third of their gas supplies from Russia, and half of that flows through pipelines in Ukraine.

“As part of a revitalized European energy and climate diplomacy,” the March 11 statement said, “the EU will use all its foreign policy instruments to establish strategic energy partnerships with increasingly important producing and transit countries or regions such as Algeria and Turkey, Azerbaijan and Turkmenistan, the Middle East, Africa and other potential suppliers.”

Turkey is the key, however, according to Marco Giuli, who studies energy issues at the European Policy Center, a Brussels think tank. “European policymakers have been trying to find a more diverse gas supplier since the ’90s,” he told the International Business Times, “but right now there is more intense momentum for that to happen. To Eastern Europe especially, it’s absolutely critical.”

Read more: This Is Why The EU Energy Union Will Fail

In fact, despite its wealth of oil and gas, Russia isn’t the only source capable of meeting Europe’s needs. There are generous deposits of the two fuels northeast of Turkey in the Caspian Sea basin and beyond. And coincidentally they provide a kind of balance between supply and demand.

If the EC’s plans bear fruit, Turkey would become a major transit country for energy because it already is about to begin building the Trans-Anatolian Natural Gas Pipeline, which is part of the region’s Southern Gas Corridor. That pathway would carry gas from Azerbaijan in the east to Greece in the west, and eventually to Albania and Italy.

This role may lead Turkey to formally join the Energy Community, which was created in 2005 to extend the EU’s energy market to countries in Southeastern Europe and beyond that aren’t EU members. Turkey has limited its association with the community to observer status because of its concerns about the group’s policies on regulations, competition and trade. 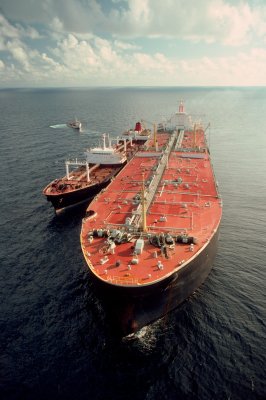 The World’s Top Five Energy Mega-Structures
Next Up: Editor's Pick