Russian President Vladimir Putin during a meeting with mothers whose children achieved outstanding results in art, science, sport and were also given the ranks of Heroes of Russia in Moscow on March 8, 2015.
Michael Klimentyev—Ria Novosti/EPA
By Simon Shuster / Moscow

It’s been more than a week since Vladimir Putin last appeared in public, and his press service is struggling to make Russians believe that their President is alive and well.

On Friday, the Kremlin website published another batch of photos of Putin at a one-on-one meeting at his office, this time with the chairman of Russia’s Supreme Court. But it did not serve as convincing proof of his whereabouts. The last time the presidential website published such photos, on March 11, they turned out to be from a meeting with a regional governor that was held a week earlier.

That ruse only fueled concerns over Putin’s apparent disappearance. “No need to worry, everything is all right,” the President’s spokesman Dmitri Peskov insisted on Thursday. “His handshake is so strong he breaks hands with it,” Peskov added in an interview with a Moscow radio station, adding that his boss was “absolutely healthy.”

But when he still failed to appear in public the next day, the question became critical: Where is he? Last week he cancelled a planned trip to Kazakhstan, and a government source from that country then told the Reuters news agency: “It looks like he has fallen ill.” That would seem like a normal enough thing for the Kremlin to admit, as it did in 2012 when Putin suffered a back injury that made him cancel some meetings and foreign trips.

But it was still seen as a blow to the image of invincibility that Putin tries hard to project, and in the conspiracy crazed world of Moscow politics, the ongoing reports of his ill-health have also driven rumors of a power struggle among Kremlin clans.

The presidential press service has tried to laugh off the speculation, saying that claims of Putin’s disappearance are the result of “spring fever” among Moscow’s chattering classes.

“When the sun comes up in spring, and as soon as spring is in the air, then the fever begins,” Peskov told the state news agency Tass. “We are calm on this fever, and respond to the questions with patience.”

But unless Peskov can offer some proof of Putin’s whereabouts, the public’s patience – and its trust – will continue to expire. 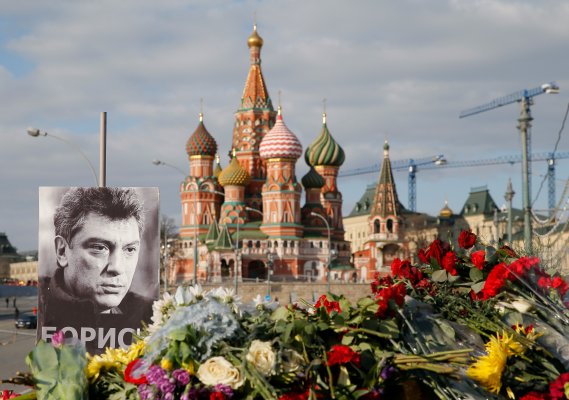