Residents Seek Shelter as Cyclone Pam Bears Down on Vanuatu

A massive storm is bearing down on the South Pacific islands of Vanuatu, bringing with it gusts of up to 170 mph at its core.

The U.N. emergency relief agency UNICEF warns that 260,000 people are in the storm’s path and red alerts have been issued for the major northern provinces of Torba, Sanma, Penama and Malampa, reports the Guardian.

Cyclone Pam is expected to reach the archipelago’s east coast on Friday night and residents have been urged to seek shelter immediately.

Though the storm won’t make landfall, its hurricane-force winds will bring with it “phenomenal seas” and the potential for storm surges, flash flooding and landslides.

The Vanuatu Meteorological Service says Cyclone Pam is the biggest storm ever to hit the island nation.

“As far as I can remember, this is the first [category five] cyclone to come very close to Vanuatu,” acting director David Gibson told the Guardian. “This is obviously a once-in-a-lifetime experience for most of us.” 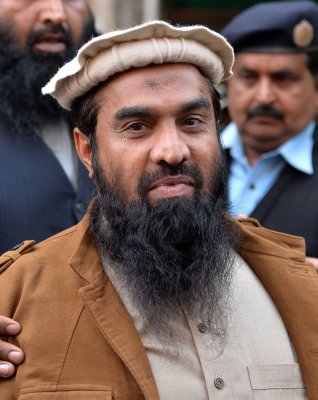 Pakistan May Release Alleged Terrorist Leader
Next Up: Editor's Pick