The remains of 250-year-old pretzels at the History Museum in Regensburg, Germany, on March 9, 2015
Armin Weigel—AP
By Maya Rhodan

Archaeologists say a 250-year-old pretzel unearthed in Germany could be the oldest-known knotted dough discovered in Europe.

Silvia Codreanu-Windauer, of the Bavarian State Department of Monuments and Sites, told NBC News it was an “archaeological sensation” made during excavations last summer in Regensburg. “In my 30 years in the business I have never found an organic object.” The discoverers found the pretzel along with other fragments, croissant-shaped dough and rolls that were carbon dated to between 1700 and 1800.

“The baked goods, which were typical for the religious fasting period, are very well preserved because they were originally burnt in the baking process,” Codreanu-Windauer said. 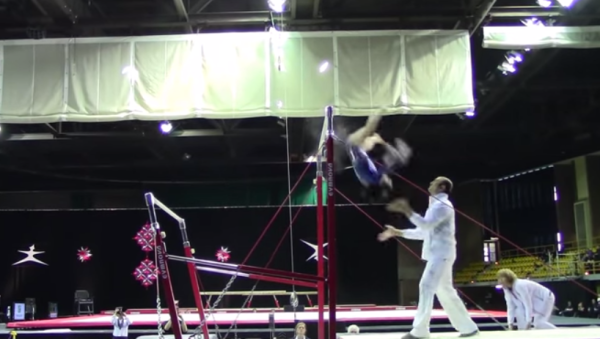 Watch a Coach Miraculously Save a Falling Gymnast (Twice)
Next Up: Editor's Pick