A grave digger works in the U.S.-built cemetery for "safe burials" on Jan. 27, 2015 in Disco Hill, Liberia.
John Moore—Getty Images
By Alexandra Sifferlin

More than 10,000 people have died from Ebola in West Africa, according to new numbers released Thursday.

The World Health Organization found that 10,004 people have died from the disease in Sierra Leone, Liberia, and Guinea. So far, more than 24,350 people have been infected.

Cases of Ebola have slowed overall, and Liberia recently reported the country has no confirmed Ebola patients in its treatment centers. However, the outbreak still has not been declared over in any of the three most affected countries. Sierra Leone, the hardest hit country, experienced a small outbreakof the disease in February among a community of fishermen. The country has reported 11,677 cases so far.

Vaccine trials for Ebola are still underway in West Africa, and researchers are still awaiting data on their effectiveness. Medical aid groups like Doctors Without Borders/Médecins Sans Frontières have warned the international community not to get complacent even amid encouraging declines in new cases.

“From the outset, this outbreak has been characterized by its unpredictability and geographic spread,” the group told TIME earlier this month. “Practical collaboration between surveillance teams based in each country need to be implemented as soon as possible to avoid importing new cases into areas considered Ebola-free.”

Read next: Why West Africa Might Soon Have 100,000 More Measles Cases 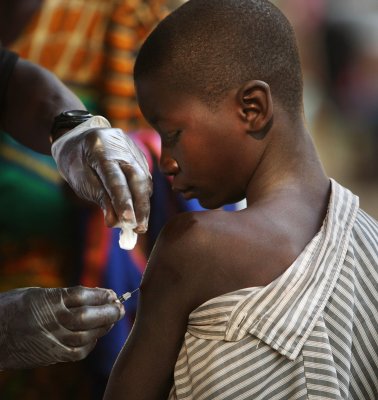 Why West Africa Might Soon Have 100,000 More Measles Cases
Next Up: Editor's Pick