Meanwhile, women who were considered heroic for any reason were found to be less attractive to men than regular women. (You read that right. Less attractive.)

The findings are the result of three studies done by researchers in England and the Netherlands. First, the researchers established from archives that World War II veterans who were Medal of Honor winners had more kids on average (3.18) than other returned servicemen (2.72).

The number of offspring is not completely correlated with the frequency of springing into bed, however. So the researchers asked 92 female British students to rate how attracted they were to various profiles and the war hero came out as the No. 1 most dateworthy type. Military service was attractive to women generally, but interestingly, if the guy had no war honors, whether he had served overseas or never left home base made no difference to his magnetism. In other words, men who see more action don’t necessarily see more action.

In the third study, 159 women and 181 men studying in Holland were given various profiles to rate and again the decorated war veteran was the female favorite. Soldiers who had been honored for their work in disaster zones or humanitarian crises got no spike in interest. And, depressingly, guys were less interested in women who had done something amazingly brave than women who hadn’t, even though the participants in the study were the supposedly gender equal Dutch.

The researchers were looking at the impact of medals not to enhance the dating resumes of veterans, but to examine the effect of conflict and bravery on evolution. (Those who attract the most mating partners have the highest chance of passing on their genes.)

So why are women drawn to guys who are demonstrably willing to engage in life threatening behavior? Because they’ve proved their genetic hardiness, suggest the researchers.

“Raids, battles, and ambushes in ancestral environments, and wars in modern environments, may provide an arena for men to signal their physical and psychological strengths,” says Joost Leunissen, a psychologist at the University of Southampton and co-author of the study. The thinking is that those who have the clarity of thought to try something life-saving and the physical prowess to pull it off must be built to survive, and are therefore a good evolutionary bet.

Leunissen also seems to offer, perhaps unintentionally, some eggheady advice on whether women should be on the front lines. “In light of the physical dangers and reproductive risks involved,” he says, “participating in intergroup aggression might not generally be a viable reproductive strategy for women.” Translation: not if they want to have kids. 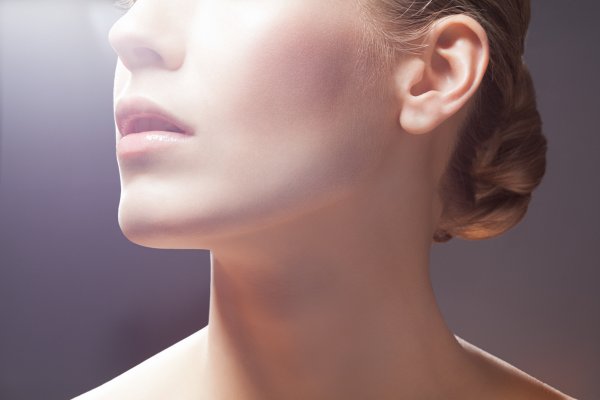 Here's Why You Have a Chin
Next Up: Editor's Pick