In the wake of Jeremy Clarkson’s suspension a huge number of fans have come out to offer their support — including the prime minister, David Cameron.

In an interview with the BBC, Cameron was asked to comment on the incident which saw Clarkson, a 54-year-old auto journalist and presenter of Top Gear suspended by the BBC after he allegedly punched a producer. The final episodes of the current Top Gear season were also dropped. Noting that Clarkson was a friend of his, Cameron said, “because he is such a talent and he amuses and entertains so many people, including my children, who’d be heartbroken if Top Gear was taken off air, I hope this can be sorted out, because it’s a great programme and he’s a great talent.”

He added that he didn’t “want to interfere” in the BBC’s handling of the incident. Deputy Prime Minister Nick Clegg echoed Cameron on LBC Radio, saying, “The guy’s obviously incredibly popular and the show that he does provides entertainment to millions of people, but who is responsible for determining whether he carries on or not is his employers.”

Though the BBC has only referred to the incident as a “fracas,” according to a report in the Daily Mirror, Clarkson hit the Top Gear producer after he’d finished filming “when he was told he would not get the steak he wanted,” as all that was available was “soup and a cold meat platter.”

There are plenty of Clarkson fans who have been actively campaigning to have the presenter reinstated at the popular auto show. An online petition asking for Clarkson’s return to Top Gear was started on Tuesday and has already amassed more than 700,000 signatures. The series has a huge following, both in Britain and around the world, and fans seem to particularly love Clarkson’s often offensive humor and disregard for political correctness. One signature on the petition, from Charlie Houghton of Chelmsford, England, includes the note, “Jeremy is a bastion of light in a dark PC world.”

This isn’t the first time that Clarkson has found himself at the center of a controversy. Just last year, the presenter was given a final warning from the BBC after unused Top Gear footage, found by the Daily Mirror, appeared to show Clarkson use the N-word. Other past incidents — bigoted commentary, as well as physical altercation — have prompted many to call for his dismissal over the years.

The BBC appears to be taking the latest incident seriously. BBC executive Ken MacQuarrie will chair a disciplinary hearing in order to determine whether Clarkson stays or goes. Yet BBC director general Tony Hall told the Guardian that there was no set timeline for the hearing, saying on Thursday, “We have got to get the people who are impacted by this together. We began that work yesterday.” He also said, “I am not going to speculate [what will happen to Clarkson]. The first task is to get the facts and once you’ve got the facts then you can make decisions, but I need facts.”

For his part, Clarkson seems to be taking the latest media storm in stride. He reportedly told a group of reporters outside his London home on Wednesday night that the suspension would allow him to take in some soccer, saying, “At least I’m going to be able to get to the Chelsea match tonight.”

Read more: Here’s 6 Times the BBC Should Have Suspended Jeremy Clarkson But Didn’t 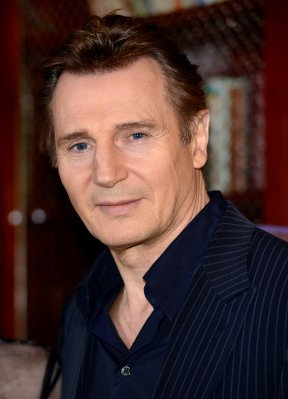 Liam Neeson Says He is Quitting Action Movies in 2 Years
Next Up: Editor's Pick