The Obama administration and negotiators from Britain, France, Germany, Russia and China are pushing for an agreement with Iran that would freeze the Islamic Republic’s nuclear program. On March 9, 47 Republican Senators sent an open letter to Iran’s leaders to warn them that the U.S. Congress had the power to rip up any deal signed with the Obama Administration. It was a clear bid to undermine the President’s credibility before any agreement could be signed.

Some of these lawmakers probably believed that urgent steps were needed to prevent a bad deal that would threaten U.S. national security. Others may simply have wanted to score political points off a President they and their constituents dislike. It’s doubtful that this letter will kill a deal that remains improbable for a host of other reasons. Obama can likely bypass the Senate by submitting any pact as an executive agreement, not a formal treaty. But there’s more to it. This move undermines the credibility of future Presidents, Democrats and Republicans, by raising fears abroad that America’s political polarization means no one is empowered to negotiate in good faith on behalf of the U.S. government.

The White House complained about the Republican letter, but the risk cuts both ways. The President has used Congress in the past in ways that have directly undercut U.S. credibility. In August 2012, Obama warned Syria’s Bashar Assad that the use of chemical weapons against his country’s rebels would cross a red line that would “change my calculus” on the use of American force in Syria. Several months later, Assad used these weapons. His bluff called–the President had shown little appetite for intervening in Syria–Obama argued that a military response was warranted but that Congress should vote to approve any air strikes.

This was disingenuous–Obama has ordered military action without congressional approval multiple times. When it appeared that Congress might not provide the authorization Obama sought, the President asked for a delay, then signed on to a Russian plan in which Assad agreed to dismantle his arsenal if Washington held its fire. Assad crossed the President’s red line, and Obama turned to Congress for political cover that lawmakers refused to provide. U.S. credibility sustained lasting damage.

A successful superpower foreign policy depends on more than just superior force and the willingness to use it. It demands deep reserves of credibility, the primary currency of power politics. If Washington asks a foreign government to compromise or to accept new costs and risks, leaders of that government must have confidence that the President can and will keep his promises. If the President’s representatives negotiate a deal, everyone at the table must know that Washington will keep up its end.

The Constitution is clear: the President sets foreign policy. Congress provides “advice and consent” for the ratification of treaties. Lawmakers should not undermine the President’s proper authority, but neither should the President cede that authority for temporary political advantage. The President and Congress score points off each other every day, but if their gamesmanship undermines Washington’s credibility, the national interest will suffer.

This trend is all the more dangerous at a time when other governments know well that the wars in Iraq and Afghanistan have sapped support for any long-term commitment of U.S. troops. That sharply reduces American negotiating leverage before the talking even begins.

With fewer means at Washington’s disposal to get the outcomes it wants, credibility is a resource that no U.S. elected official can afford to squander. 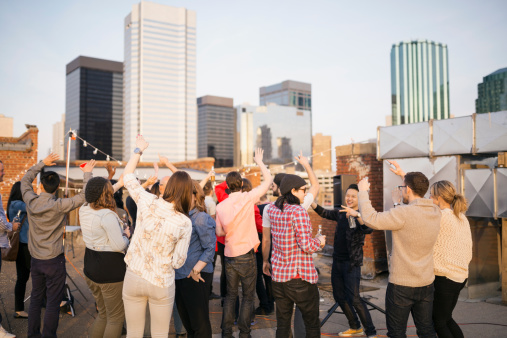 This Is the Easiest Route to Self-Improvement and a Long, Healthy Life
Next Up: Editor's Pick