The Primary Suspect in Boris Nemtsov's Murder Has Withdrawn His Confession

Zaur Dadayev, charged over the killing of Russian opposition figure Boris Nemtsov, stands inside a defendants' cage inside a court building in Moscow, March 8, 2015.
Tatyana Makeyeva—Reuters
By Rishi Iyengar

The main accused in the murder of Russian dissident Boris Nemtsov has withdrawn his confession, saying it was made under duress.

Zaur Dadaev told representatives of Russia’s human-rights council that he is innocent and only admitted guilt for fear after being tortured, CNN reports.

Dadaev and another suspect were recently charged in the murder of Nemtsov, who was shot in the back in Moscow on Feb. 27. Three other suspects have not been charged.

A prominent activist contacted by Dadaev’s family told TIME that they sought to clear his name before abruptly backtracking. Dadaev has said that interrogators have threatened the well-being of his family and loved ones.

Anton Tsvetkov, the head of the Public Chamber’s commission for public security, said Dadaev and two other suspects were examined by a doctor who found no signs of torture. 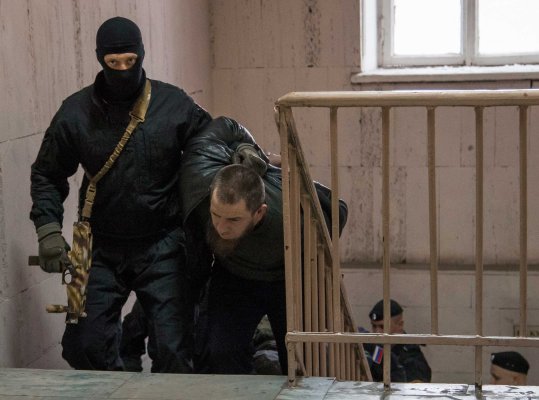 Questions Over Nemtsov Murder
Next Up: Editor's Pick