The two ringleaders of the Bali Nine — a group of Australians convicted of drug trafficking in Indonesia — had their final appeals against their death sentences adjourned until March 19 after a representative of President Joko Widodo was unable to show the court any signed document bestowing the power of attorney.

Judge Ujang Abdullah postponed Thursday’s hearing of the convicted narcotics smugglers for one week, reports the Sydney Morning Herald. This gives the duo more time to appeal to Joko for clemency.

Legal counsel for Andrew Chan and Myuran Sukumaran, convicted of masterminding the trafficking of 8.3 kg of heroin in 2005, argue their pleas and rehabilitation requests have been rejected because of the President’s refusal to assess each case individually.

The pair are due to be executed by firing squad simultaneously with all other foreigners on death row for drugs offenses.

However, this means their death sentences may be delayed for weeks or even months because of a backlog of cases. The Attorney General is waiting for the decision on a judicial review for a Filipino maid convicted of smuggling, a French national arrested at an ecstasy laboratory, and investigators are scrutinizing allegations that the judges in the cases of Chan and Sukumaran’s solicited bribes in exchange for lighter terms. 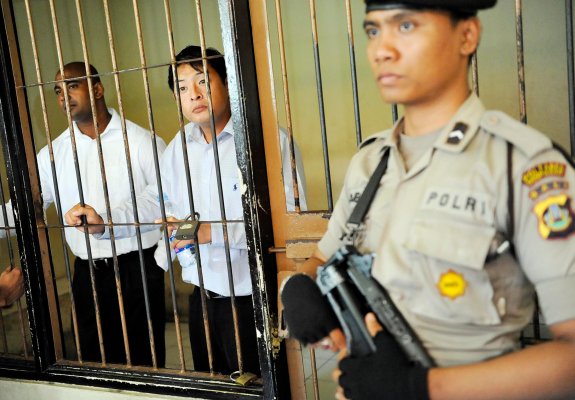