What Did We Learn From the Dotcom Stock Bubble of 2000?

A passer-by looks over the prices on the Nasdaq board in Times Square in New York, April 3, 2000.
Chris Hondros—Getty Images
By Ben Geier

Fifteen years can seem like a long time — and the year 2000 can seem like a different world. Back in those halcyon days of the early new millennium, America was enjoying a post-Lewinsky Scandal, pre-9/11 glow. The Yankees were winning World Series. Justin and Britney were America’s hottest couple. And the “dotcom” economy was chugging along, with new internet-based companies seeming to pop up every single week.

But in March of 2000, 15 years ago, one of those things came to a crashing halt. The dotcom bubble, which had been building up for the better part of three years, slowly began to pop. Stocks sunk. Companies folded. Fortunes were lost, and the American economy started to slip down a slow mudslide that would end up in full-on recession.

Today, in the middle of another boom in technology-based businesses, let’s look back at what happened to the early techno-tycoons — and what, if anything, we can learn from their mistakes.

The dotcom bubble started growing in the late ’90s, as access to the internet expanded and computing took on an increasingly important part in people’s daily lives. Online retailing was one of the biggest drivers of this growth, with sites like Pets.com — you know, the one with the cute sock-puppet mascot starring in the funny ads — getting big investors and gaining a place in American consumer culture.

With the investment and excitement, stock values grew. The value of the NASDAQ, home to many of the biggest tech stocks, grew from around 1,000 points in 1995 to more than 5,000 in 2000. Companies were going to market with IPOs and fetching huge prices, with stocks sometimes doubling on the first day. It was a seeming wonderland where anyone with an idea could start making money.

In March of 2000, everything started to change. On March 10, the combined values of stocks on the NASDAQ was at $6.71 trillion; the crash began March 11. By March 30, the NASDAQ was valued at $6.02 trillion. On April 6, 2000, it was $5.78 trillion. In less than a month, nearly a trillion dollars worth of stock value had completely evaporated. One JP Morgan analyst told TIME in April of 2000 that a lot of companies were losing between $10 and $30 million a quarter — a rate that is obviously unsustainable, and was going to end with a lot of dead sites and lost investments.

Companies started folding. (Pets.com was one.) Magazines, including TIME, started running stories advising investors on how to limit their exposure to the tech sector, sensing that people were going to start taking a beating if their portfolios were too tied to e-tailers and other companies that were dropping like flies.

11 Ways the World Has Changed Since the Nasdaq's Last Record

Does history repeat itself?

The shadow of 2000 dotcom bubble burst looms especially large now, as the economy is in another era of huge growth in the tech sector. Chinese e-tailer Alibaba had a history-making IPO last fall. Companies like Uber, Palantir and AirBnB are “Unicorns,” start-ups held privately and worth more than $1 billion — so-called because, for a long time, people thought they couldn’t really exist.

Are we in for another bubble burst?

Entrepreneur and Dallas Mavericks owner Mark Cuban thinks so, arguing recently on his blog that the difference between the 2000 bubble and today’s economy is that today’s bubble isn’t really about the stock market. It also includes private “angel” investments, which can’t just be sold off like stocks. And that, he says, is a problem:

Essentially, Cuban thinks that despite the huge investments many start-ups are getting, there just isn’t any real cash in those companies. Eventually, that will become apparent, but the investors will be stuck.

Some claim that we’re safe, though, that there’s more scrutiny from investors today. In response to Cuban, entrepreneur Amish Shah wrote on Business Insider that investors today aren’t looking for the type of quick return many were in 2000. Instead, they know that private investment is a long-term process, where earning a profit would likely take years. Plus, he adds, investors today are so wary of what happened 15 years ago that they’re careful. In other words, whether or not the world has learned anything else from the problems of the year 2000, one thing won’t be forgotten: it was bad, and nobody wants it to happen again.

Read next: How the Cheap Euro Is Hurting Your Investments 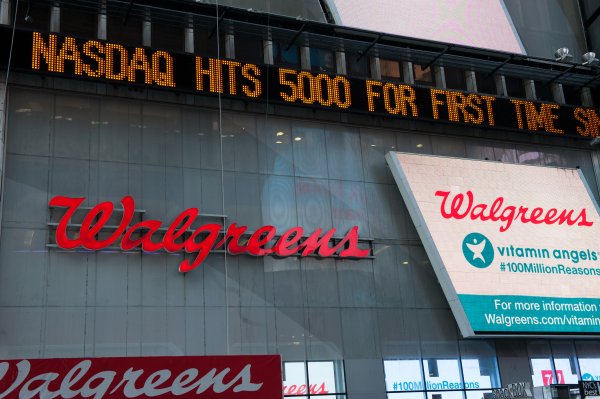