The future of Iraq and Syria was supposed to be the focus of Wednesday’s hearing before the Senate Foreign Relations Committee. No surprise there, given the fact that the Islamic State of Iraq and Greater Syria occupies about a third of each nation.

The hearing carried echoes of similar ones more than a decade ago that portrayed Iraq as a threat worth going to war to stop. “I think they have the same suspicion about us that we have of them,” Dempsey said of his Iranian counterparts.

Republican lawmakers pointedly asked the trio if the Obama Administration was averting its eyes from Iran’s growing presence in Iraq in hopes of greasing the skids for a nuclear deal with Tehran. “I believe that much of our strategy with regards to ISIS is being driven by a desire not to upset Iran so that they don’t walk away from the negotiating table on the deal that you’re working on,” Republican Senator Marco Rubio of Florida said.

“Absolutely not in the least,” Kerry countered.

But as the hearing droned on, Iraq was succeeding in pushing ISIS fighters out of Tikrit after a 10-day battle. While Baghdad did it with no American help, it had substantial aid from neighboring Iran.

Dempsey detailed just how extensive Iran’s help was in the battle for Tikrit: 20,000 of the 24,000 troops fighting ISIS in and around the city, or more than 80%, were “Iranian trained and somewhat Iranian equipped” Shi‘ite militia.

Tikrit carries a key lesson: Iraq can beat ISIS without U.S. assistance, so long as it has Iran by its side. “If it’s Iran that is at the tip of the spear here, if they’re the ones sponsoring the victories … they’re going to have influence in Iraq,” Republican Senator Ron Johnson of Wisconsin said. “That’s going to be very, very difficult, very tenuous, very dangerous for the regional peace.”

The chairman of the Joint Chiefs listed six things that concern him about Iran’s growing role in Iraq and the region:

Dempsey said Iran’s role in the fight for Tikrit is “positive,” but warned of what might happen next. “We are all concerned about what happens after the drums stop beating and [ISIS] is defeated,” he said. “We’re very concerned about that.”

Later Wednesday, Carter noted that “there are actually several important battles going on, in some of which the Iranians play no role at all.”

Back at the hearing, Republican Senator Bob Corker of Tennessee, the committee chairman, wondered aloud if the Iranian-backed militia might attack the 3,000 American troops currently in Iraq.

“We have no indications that they intend to turn on us,” Dempsey said.

Read next: Why Iran Believes ISIS is a U.S. Creation 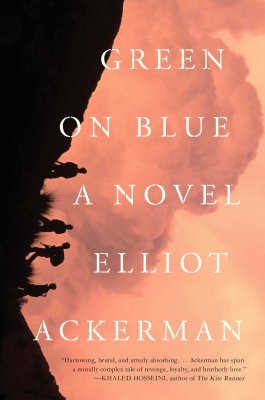 A Modest Proposal: Draft the Rich
Next Up: Editor's Pick