Sen. Lindsey Graham is the Rodney Dangerfield of the 2016 Republican presidential primary: He can’t get no respect.

Almost two months after the South Carolina Republican announced that he was “definitely” looking at a presidential run, an online straw poll from his home state’s party still did not include him.

To make the oversight hurt just a little more, the straw poll had 25 names on it, including such unlikely candidates as former Godfather’s Pizza CEO Herman Cain, former Alaska Gov. Sarah Palin and former Secretary of State Condoleezza Rice. It even listed the state’s junior senator, Tim Scott. When asked if Scott was interested in running for president, spokesman Sean Smith said: “Easy answer: nope.”

Graham fans could still fill out a box for a write-in candidate, however.

South Carolina GOP party chairman Matt Moore was notified of Graham’s absence when TIME emailed him about it Wednesday. He said that the poll was created before Graham became more publicly vocal about a run, although he had floated the possibility last fall.

“That straw poll was done late last year before the New Year,” said Moore. “So it’s no reflection upon him. It was just a poll we put together last year and I expect we’ll be adding Sen. Graham pretty soon. In other words, take a look today again.”

“You raised a good point,” he added. ”He’s been in recent polls so people can end up choosing him.”

By Wednesday afternoon, the poll had been updated to include Graham’s name.

But there may be little appetite for a Graham run in his own home state. A week ago, a Winthrop Poll found that 60 percent of South Carolinians and two thirds of the state’s registered voters think he should not run for president in 2016. 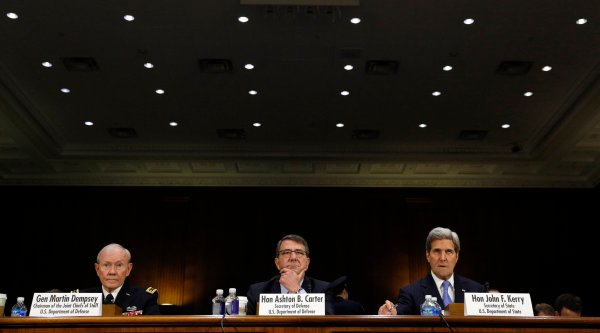