Smoking marijuana as a teenager can harm long-term memory, a new study suggests.

In the new research, published in the journal Hippocampus, researchers at Northwestern University Feinberg School of Medicine looked at 97 people and found that those who smoked marijuana every day for about three years performed worse on long-term memory assessments. A region of their brain associated with long-term memory—the hippocampus—also looked abnormal in an MRI.

“We focused on the brains of young adults who were teenagers when they began abusing cannabis,” says study author Matthew J. Smith, an assistant professor in the department of psychiatry and behavioral sciences at Northwestern University Feinberg School of Medicine. “We were interested in evaluating whether former cannabis abusers were characterized by differences in brain anatomy and memory performance after a period of abstinence.”

The researchers found that young adults in their 20s who were heavy marijuana smokers in their teenage years scored 18% worse on long-term memory tests that assessed their ability to code, file and recall memories, compared to young adults who had never smoked marijuana. The longer the person’s history of marijuana use, the more the shape of their hippocampus looked altered.

“The generalization we can make is that the greater the differences in the hippocampus shape associated with cannabis, the poorer the participants performed on the memory assessment,” says Smith.

The researchers also looked specifically at marijuana smokers with schizophrenia and found that they scored about 26% worse than the people with the disorder who did not smoke marijuana when they were younger.

According to Smith, components in marijuana can interfere with receptors in the brain that can impair brain chemistry and possibly impact the brain structure. This change, he says, could be what’s causing memory issues.

The study is still preliminary, since its sample size is small and the researchers only looked at one point in time. The hippocampus could also have changed before a young person started heavily using marijuana, the study authors acknowledge, which could make them more susceptible to the memory-related effects. Still, Smith says, the study suggests that smoking as a teen may not be benign for the developing brain. 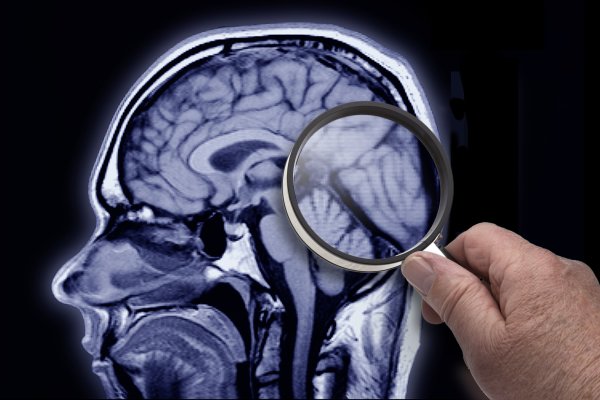 Drug Found to Relieve Alzheimer's Precursor
Next Up: Editor's Pick