Osmo, a tech company focused on children and learning, got its name from the word awesome. And that may well be how you feel about yourself after you let their new app, Masterpiece, turn you into an artiste. Yes, the app is meant for kids, designed to turn tablet play into lessons about creativity and spatial awareness that bring the physical and digital worlds together. But this toy is also suitable for adults.

Osmo founder Pramod Sharma, who cut his teeth at Google working on projects like Google Books, describes Masterpiece as a “creativity tool.” Users can take a picture with their camera, upload one from their gallery or grab one from the Web. Then the app reduces it to basic lines and shades. The company’s very simple hardware—a stand to hold a tablet upright and a little mirror affixed over the camera—allows the app to show the drawer where their hand is on the screen as they trace the lines in real space. Like this:

You can watch the company‘s promotional video of the process here.

The result is that anyone with a pen and the ability to stay in the lines for 30 minutes can pen a decent portrait of, say, Taylor Swift. When you’re done, the app automatically saves an image of your work as well as a time-lapse video of you making it—two “artifacts,” as Sharma calls them, that complement the actual drawing you can put on the fridge. There’s the picture to show Mom and Dad and there’s the digital clip for humblebragging on Facebook.

Meanwhile, kids (or adults) have gotten to play with their tablet while also exercising their fine motor skills and concentrating on one thing for more than five minutes, versus tapping and swiping from one brightly colored time-suck to the next. As they follow the lines, they’re learning about proportions. Over time, they’re absorbing the basics of transforming a 3D image into its linear components. And there’s the feeling of achievement and empowerment that comes from making something you didn’t think you could. “It helps you build confidence,” Sharma says.

But is tracing kind of cheating? Can you really take credit for creating a work of art if technology did so much of the heavy lifting? Sharma says you can for a couple reasons. One is that a big part of creating a drawing or painting is deciding what to paint or draw. The app allows users to combine images and change their proportions, so if you want to draw Beyonce’s head and mane on the body of George Washington crossing the Delaware in the famed 1851 oil painting by Emanuel Gottlieb Leutze, that’s your prerogative. And, Sharma says, just because the app is showing you all the lines to trace, that doesn’t mean you have to follow them. Perhaps Masterpiece just gives you the scaffolding for building something entirely new.

Masterpiece, the fourth app released by Osmo since late 2014, is the company’s most open-ended offering. The first three apps are more game-like. In Words, families can compete at speed spelling; an image of a bear flashes on the screen and the first person to throw their B, E, A, and R tiles into the camera’s view wins the round. Tangram emits happy chimes when users have successfully made the shapes shown on the screen with real blocks on the table in front of it. And Newton allows users to draw lines and shapes on paper that show up as elements on the screen in a game reminiscent of Touch Physics.

Those are all constrained environments with obvious goals. But the opportunities for using Masterpiece are only as limited as the user’s imagination. You could use it to hand-write fancy script onto wedding invitation envelopes. You could use it to decorate a cake. You could use it to ink elaborate henna designs on your own hands (or at least one of them, depending how ambidextrous you are). Getting used to drawing while staring at the screen instead of down at whatever you’re drawing on is disorienting at first, but the brain adjusts. Sharma likens the first go in Masterpiece to using a mouse for the first time.

The apps cost nothing. To use them you have to shell out $80 for the hardware. But what you’re really paying for is the company’s software, particularly their secret sauce—what Sharma calls “reflective AI.” That’s their ability to use the the camera to detect action and physical objects in front of it, reflecting that information to users in the desired perspective. Though you don’t see it when you’re using Masterpiece, the app can detect each line you’ve drawn and whether it matches up with the lines on screen.

Osmo started taking their first pre-orders in May 2014 and have since shipped about 100,000 units. In a little over a year, the staff has grown from two to 18. Sharma, a 34-year-old father of two young kids, is visibly excited—and seems almost a little surprised—by his company’s quick success (including TIME featuring Osmo in last year’s Best Inventions package). “Most of the tech right now is designed for adults,” he says. “And then we throw that at kids … The way to learn is to interact with things, pen and paper, Legos, all kinds of toys.” That’s where the idea for Osmo came from, he says. It’s about getting kids to use technology in a productive way that drives them back to activities that are good for their brains, like drawing or learning geometry from shapes or practicing their spelling. It also happens to be really fun. 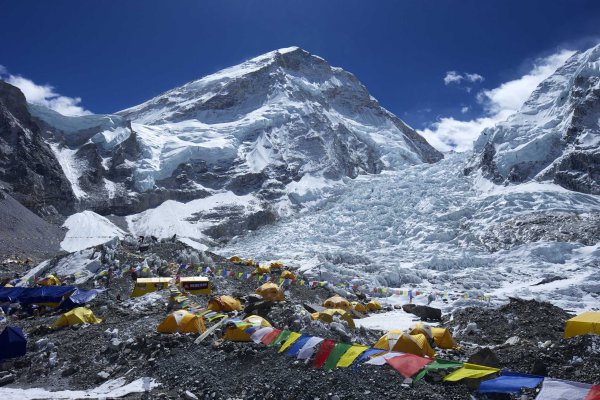 Now You Can Tour Mount Everest on Google Maps
Next Up: Editor's Pick