9 Other Things J.K. Rowling Got Wrong

First, a disclaimer: I love the Harry Potter books and films. I grew up with them. I will read them to my children.

That said, they’re not perfect. J.K. Rowling herself recently admitted that Hermione and Ron should not have ended up together at the end of the series. “I wrote the Hermione/Ron relationship as a form of wish fulfillment,” she said. “That’s how it was conceived, really. For reasons that have very little to do with literature and far more to do with me clinging to the plot as I first imagined it, Hermione ended up with Ron.”

Fans were obviously upset. But as long as we’re revising the books, here are a few more suggestions.

WARNING: If you have not read the Harry Potter books (or seen the movies) do not read on.

1. The amount of time they spent in the forest in book seven

The seventh book had a lot of problems, but none so great as that stupid forest. I, like everyone else who preordered the last Harry Potter book, read the whole thing in a day. And yet the time they spent in the forest doing little except being angsty teenagers felt interminably long. Cut out that third of the book, and you have yourself a tight finale.

Yes, it was a crime that Harry and Hermione didn’t end up together. But the bigger problem was that Harry ended up with Ginny, who, sadly, had little personality. Seriously, name a personality trait for Ginny Weasley besides “nice” and “brave.” You can’t.

It was clear that J.K. Rowling wanted to portray Ginny as a shy girl with a crush who develops into her own, bold woman. But the reader simply doesn’t spend enough time with the character to get to know her well. Her righteous anger at her brothers for judging her love life and defenses of Harry feel like lip service to female empowerment since Ginny has little to actually do—which is disappointing since other powerful female characters like Hermione and even Bellatrix feel fully realized.

Having Ginny and Harry end up together just so Harry could be an official part of the Weasley family fit too well and, quite frankly, made little sense. Bring back Cho Chang!

Sorry to pick on book seven again, but this killing seemed unnecessary, bordering on animal cruelty. I know in the fight against evil, people have to die (not Harry, Hermione or Ron, but, you know, less important people). But Hedwig? What purpose did her death serve except to mentally prepare the reader for the slaughter to come. Dobby’s death was tragic. Hedwig’s death was excessive.

4. Fred and George not noticing Peter Pettigrew sleeping in Ron’s bed every night on the Marauder’s map

Their first year, Fred and George Wesley stole the Marauder’s Map, which showed everyone’s location in Hogwarts. Ron inherited Scabbers, Percy’s old rat, when he went to school. Scabbers was really Peter Pettigrew in hiding. So, logically, why wouldn’t Fred or George (or Harry, for that matter) have been able to see Pettigrew hanging out in Ron’s room? Even if Fred and George didn’t recognize the name Pettigrew as the man Sirius Black supposedly murdered, wouldn’t it still have been odd to have seen a stranger they didn’t know following their brother around all the time?

5. Harry not being able to see the thestrals

You see someone die, you see thestrals. Great. Then why can’t Harry see thestrals in the carriages on the way to Hogwarts in the first two books? He saw his mother die. Seeing Cedric Diggory die in Goblet of Fire shouldn’t have been any different.

Rowling explained this away by saying the only people who could see thestrals were those who had internalized and accepted the death they directly witnessed. Harry was a baby when his parents died so he wasn’t fully aware of it in the way he was of Cedric’s death. Considering the massive impact his parents’ death had on Harry’s life—and the amount of time he spends thinking about them—this explanation feels shaky at best.

6. Being too subtle about Dumbledore’s sexuality

Maybe it’s because I started reading the books when I was six, but I did not pick up on the fact the Dumbledore is gay until Rowling came out and said so. I kind of see it now rereading the Grindelwald parts, but still, if you want Dumbledore to be gay and for people to know it, write it that way. Claiming credit for a progressive character choice after the fact feels unearned—especially considering that the new Fantastic Beasts movies continue to skirt the issue of Dumbledore’s sexuality.

Harry came to trust Mad Eye Moody (a.k.a. Barty Crouch in disguise). The pair spent a lot of time together. So why is the easiest way to get Harry into the same place as Voldemort to help him win the Triwizard Tournament? That’s a lot of logistics: they had to get him through a maze, for goodness sake. Those sort of poor plans leave a good deal to chance. I bet if Crouch had said, “Hey, Harry come check out this dark and creepy forest far away from Hogwarts with me and I’ll teach you some cool magic,” Harry would have gone. (Remember, Hermione was always the smart one.)

Sure, they have magical powers, but other than that wizards are not highly functional people. How do I know this? Because their schools suck.

You learn very few practical skills. Defense against the dark arts — that’s useful. You know what else is useful? Reading. Math. Foreign languages. How do wizards write newspaper articles or communicate with their foreign friends visiting for the Quidditch World Cup or maintain a wizard economy? Does Hogwarts even have a sex ed class?

What’s worse, school ends at age 17. That’s it. After that you are an adult in the world who can choose from a handful of professions: you can teach, work for the government, own a shop, play Quidditch, train dragons, work for the paper and…yep, that’s pretty much it.

Over the years, fans have repeatedly poked holes the whole time turner plot line. The most obvious question is: if wizards can travel through time, why couldn’t someone — Harry, Dumbledore, literally anyone — go back in time and stop Voldemort back when he was young Tom Riddle? They saved Buckbeak using the time turner, so why not stop Voldemort using it too?

The ministry set up certain rules regulating the use of time turners so that wizards wouldn’t accidentally kill their future selves upon encountering them. Still, couldn’t a careful planner like Dumbledore figure out how to use a time turner so solve small, immediate problems?

Which begs another question: what the heck was McGonagall doing giving such a powerful tool to a third year anyway? Fans kept challenging the logic of the time turner, so eventually J.K. Rowling had to destroy them all in Order of the Phoenix.

But the play Harry Potter and the Cursed Child raised entirely new questions about time travel. In Prisoner of Azkaban, Harry and Hermione travel in a causal loop: when they travel back to “change” time, the events have already been changed. (For example, Hermione knows to throw a rock at Harry’s head because Harry was hit by a rock.) This isn’t how the time turner works in Cursed Child, where characters can create alternate timelines.

The Harry Potter series is a brilliant, well-plotted story—which is why the tiny issues of time travel can prove so frustrating. 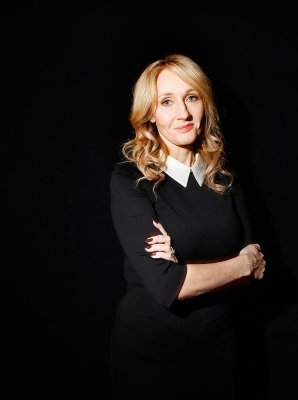 J.K. Rowling Says Hermione Should Have Ended Up With Harry Potter, Not Ron
Next Up: Editor's Pick