Is This the Man Who Could Beat Netanyahu and Become Israel's Next PM?

Herzog is the closest thing Israel has to a patrician politician. His father, Chaim Herzog, was an Israeli army general and the sixth president of Israel and his grandfather was the first chief rabbi of Ireland. And while the 54-year-old Isaac Herzog has served four times as a government minister since 2004, few have seen him as having the charisma some believe is necessary to be Israel’s prime minister.

But opinion polls show Herzog, who heads an electoral list which combines the Labor and Hatnua parties, with a clear lead. At least three polls released Friday—the last day polling can be released before the March 17 vote—showed Herzog’s Zionist Union with a four-seat lead in the Knesset over Netanyahu and his Likud party.

If these numbers remain true on election day, it will be a major achievement for Labor, which has not won an election in 16 years despite dominating Israeli politics before that.

Herzog appears confident that he can beat Netanyahu. He is attacking the three-term prime minister on his foreign policy; Netanyahu’s handling of the Iran nuclear issue, tensions with the Obama administration and lack of progress with the Palestinians. And on economic problems that trouble average Israelis as much as foreign policy.

“Housing costs have risen 70%. How come the social gaps have grown so substantially?” Herzog said in a press conference with foreign journalists in Jerusalem. “Netanyahu has failed on security, and on all these economic issues. He has to answer these questions, but he hasn’t. He’s run away from any debate with me.”

Election ads pump up Herzog’s wide-ranging experience in government and his service as a major in the Intelligence Corps; a history in an elite unit of the Israeli army is still considered vital for anyone who would serve as prime minister. Eyal Zisser, the Dean of the Faculty of Humanities at Tel Aviv University, served with Herzog in the army. In those days, he was considered a “mensch,” says Zisser – Yiddish for a good guy – who was modest despite his political family.

“In many cases, when someone is from a well-known family, you know it,” says Zisser. “But in his case, no one could observe it because he didn’t show it off. He was always trying to prove himself not based on family affiliation but on his own merits, and people liked that about him.”

Unlike his father, who rose to the rank of general, Herzog left the army after four years to study law and then joined the family law firm. The pedigree aside, he didn’t necessarily act like someone who was destined to be prime minister. “He’s not full of charisma, and still, in his own quiet way, he’s a very smart politician,” says Zisser.

Herzog’s advisors have tried to turn his lack of charisma into an advantage. Herzog has focused on issues rather than trying to get ‘Bougie’ — as he’s popularly know here — to compete with the charisma of ‘Bibi’, as the prime minister is nicknamed.

“People are outgrowing that notion[the need for a charismatic prime minister],” says Asaf Eisin, a campaign strategist for Herzog’s Zionist Union. “We’ve heard people asking over and over again where did all those charismatic leaders bring them, and longing for a leader who works for them. It’s not about making speeches, it’s about actions. People have identified in Herzog a man who works for the country first, not himself. He can put his ego aside, and people want that.”

Herzog told reporters he is interested in resuming peace negotiations with the Palestinians, which collapsed last April. He said he would halt all West Bank construction outside of the major “settlements blocs” that Israel would like be annexed to Israel in a peace deal. But success in resuming talks would depend on how ready the Palestinian Authority is to negotiate with him. “I do not know what kind of mood I’ll find after the 17th of March,” he said.

Even if he emerges as the winner of the general election, Herzog is not guaranteed the job of prime minister. He still has to create a coalition by uniting a group of parties with sometimes contradictory positions. And that takes different skills from winning an election. In the 2009 election, Herzog’s running mate Tzipi Livni emerged as the leader of the largest party but only Netanyahu could form a government.

But Herzog will have an added advantage this time. He hails from an Irish family and the election takes place on St Patrick’s Day. 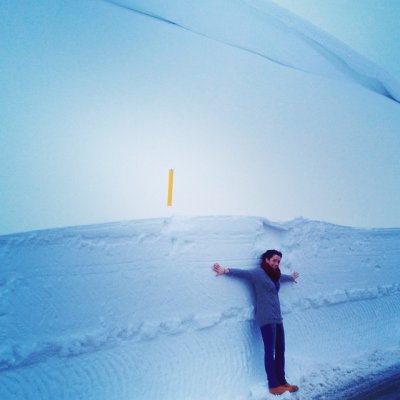 A Village in Italy Just Got 8 Feet of Snow in 1 Day
Next Up: Editor's Pick