One proposal would ban voluntary sterilization and restrict access to contraceptives, while the other would make it harder for women without children to get jobs.

In a report released Wednesday, Amnesty says the laws, if approved by Tehran’s parliament, would “set the country back by decades” and have serious consequences for women and girls. (For the past two decades, Iran has had an effective birth control program in place that provided affordable contraception, subsidies for vasectomies, and education on family planning and sexual health, with the aim of reducing the population.)

The second bill would instruct workplaces to prioritize employing men with children, married men with children and married women with children when hiring for certain jobs. The new legislation would also make obtaining a divorce more difficult, which Amnesty says would have “devastating consequences” for women in abusive relationships.

“The bills send a message that women are good for nothing more than being obedient housewives and creating babies and suggests they do not have the right to work or pursue a career until they have fulfilled that primary role and duty,” said Sahraohi, adding that without access to contraceptives more women would risk their lives and health by undergoing unsafe abortions. 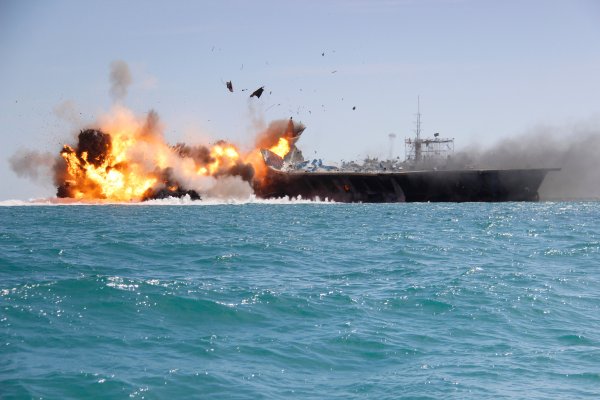 Iran Blows Up Replica U.S. Warship in Defense Drill
Next Up: Editor's Pick