After a seven-year moratorium, Pakistan has reinstated the death penalty for nonterrorism cases eligible for capital punishment, and will begin executions in cases where appeals and clemency pleas are no longer an option.

Islamabad reintroduced the death penalty on terrorism-related cases last December, following the 2014 Peshawar school attacks that killed over 150 people. Pakistan has executed 24 people since December, already including three whose convictions were unrelated to terrorism, according to Amnesty International.

More than 8,000 citizens languish on Pakistan’s death row, including women like Aasia Bibi, a Christian convicted under the nation’s blasphemy laws. Last year, U.N. Secretary-General Ban Ki-moon urged Pakistan to restore its moratorium on the death penalty, which also applies to crimes such as adultery, apostasy and blasphemy.

Pakistan’s Interior Ministry, however, released a letter clarifying that the death penalty applies “strictly as per law and only where all legal options and avenues have been exhausted and mercy petitions … have been rejected by the President.” 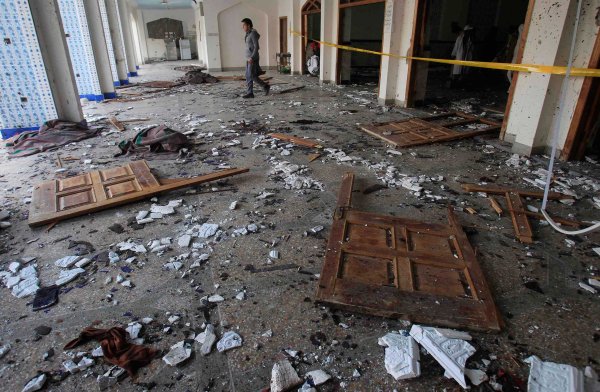 Witness the Aftermath of the Terror Attack on a Shi'ite Peshawar Mosque
Next Up: Editor's Pick