Iraqi soldiers raise their weapons as they cheer on the outskirts of the city of Tikrit as they prepare to launch a military operation to take control of the city from ISIS on March 10, 2015.
Ahmad al-Rubaye—AFP/Getty Images
By Sabrina Toppa

After a week of intense fighting, Iraqi and Shi‘ite forces have retaken major parts of Tikrit — a strategically vital city in Iraq’s Sunni Triangle — from ISIS. Iranian military officials were also reportedly involved in the city’s recapture.

The battle, involving over 30,000 Iraqi soldiers and allied Shi‘ite militia, was the largest government operation to date and may be a prelude to recapturing Mosul, the largest city under ISIS control, the New York Times reports.

The U.S. was notably absent in direct military offensives in Tikrit, with some officials articulating unease about the central role of Shi‘ite militias and the Iranians in the recapture of Tikrit.

The Iraqi Prime Minister’s spokesperson Rafid Jaboori told the New York Times that the U.S., along with Kurdish forces, would play “a significant role” in retaking Mosul, adding that the U.S. and Iran shared an overarching objective of crushing ISIS.

Read next: Why the Fight Against ISIS Has to Go Through the Cities 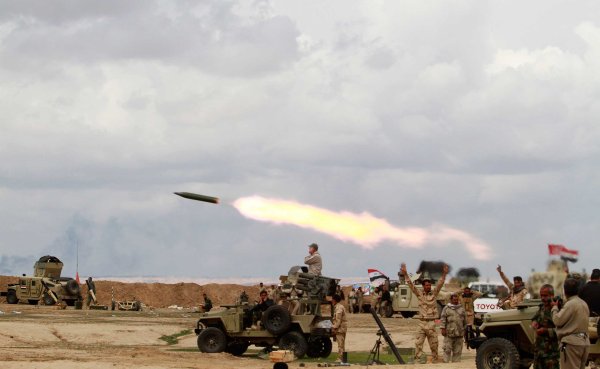 Turkish PM Warns of Sectarian Fallout in ISIS Fight
Next Up: Editor's Pick