See How the Number of Hate Groups in the U.S. Has Changed Over Time

The overall number of hate groups in the U.S. continued to decline in 2014, a new study finds — though particular types of hate groups and crimes, including those against LGBT people, are on the rise.

SPLC’s report warns the decline in active hate groups in the past year may be misleading. More and more people—particularly extremists—have taken to the Internet as an informal hate network, which aren’t tallied, while others are choosing to commit hate crimes as “lone wolf” terrorists.

The report adds that several types of hate groups are actually increasing in number, including anti-LGBT groups, due to more states legalizing same-sex marriage: 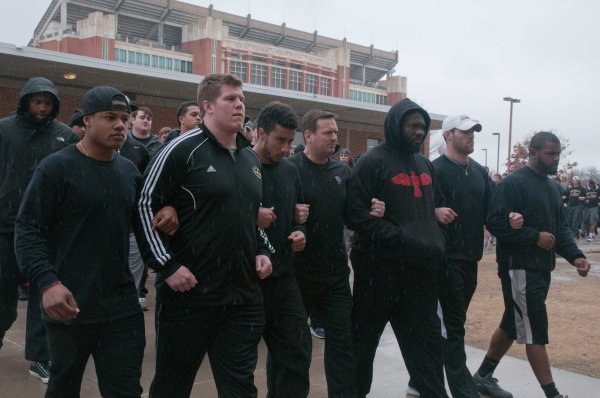 Critics Say Expelling OU Frat Students May Be Illegal
Next Up: Editor's Pick