Why the Fight Against ISIS Has to Go Through the Cities

Urban warfare is the only way the Islamic State of Iraq and Greater Syria will be defeated. That’s because while it occupies a wide desert swath of those two nations, it’s holed up in its cities. In part, that’s to shield the Islamic militants from attack, but it’s also because the rest of the land they occupy is barren and desolate.

The 10-day battle now underway for Tikrit, Saddam Hussein’s hometown 80 miles north of Baghad, is simply the first domino in a row of cities that must fall if ISIS is to be beaten. Iraqi forces and their Iranian-led Shi’ite militia allies moved a step closer Tuesday as they reportedly drove ISIS fighters from large parts of the city amid indications that many militants were in retreat.

If the Iraqi government succeeds in retaking Tikrit, it will push on toward other critical towns like ISIS-occupied Fallujah. The most important domino is Mosul, Iraq’s second largest city, and the base from which ISIS controls northern Iraq.

“If you look at the area that is claimed right now by ISIS as a sort of block of territory that it controls, actually it’s not a continuous area; it’s a network of cities and the links, the roads, the rivers and trails between those cities that connect them,” guerrilla warfare guru David Kilcullen told Australian television Tuesday. “Inevitably, as we get into a ground war against ISIS, it’s going to play out in these urban centers which really are the basis for ISIS’s power in Iraq and also in Syria.”

The Pentagon is debating whether or not to ask President Obama to send reinforcements to bolster the 3,000 U.S. troops already on Iraqi soil to accompany front-line Iraqi units in the fight for Mosul. While U.S. troops have been training Iraqi forces and conducting air strikes, Obama has barred them from the front lines, where they could act as spotters for those air strikes and garner intelligence.

Some 14,000 U.S. troops fought to drive Sunni militants out of Fallujah in late 2004. “I am sorry that some of you may have to go back,” Senator Lindsey Graham, R-S.C., told General Joseph Dunford, the Marine commandant, at a Senate Armed Services Committee hearing Tuesday. “The only commitment I will make, as a senator from South Carolina, is that if you go back, you go back to win and that we get this right this time.”

Urban warfare requires the attacker to clear his enemy room by room, building by building, block by block, neighborhood by neighborhood—and then secure the cleared areas to ensure the enemy doesn’t return. City combat blunts the attackers’ advantages. “Urban canyons” offers hideouts for foes and civilians, as well as sniper nests and underground lairs from which combatants can strike. Buildings create vast “dead spaces” for an enemy to exploit. They hinder communication and mobility. Overhead wires can bring down choppers and drones.

ISIS is well aware of those advantages. “This is not an enemy that is sitting around in the open desert waiting for me to come find it and either use U.S. or French aircraft to attack it,” Army General Martin Dempsey, chairman of the Joint Chiefs, said Sunday while aboard a French aircraft carrier in the Persian Gulf. “They did some of that in the beginning and paid the price. So the enemy has adapted and they have developed tactics and techniques that make them a little more difficult to find.”

In other words, they’re hiding in the cities. Attackers in urban environments, for example, can’t survey the entire battlefield and instead see only bits and pieces; it’s like playing chess while viewing only four squares on the board. This battlefield compression means that low-ranking fighters must often make life-and-death decisions.

These choices come fast and furious when you’re fighting downtown: historically, 90% of the targets are less than 50 yards away and seen for only seconds. Killing innocent civilians—or your own men—is a risk that goes with the terrain. A quarter of all explosive rounds turn into duds when they glance off walls and roofs. About one of every three street-fighting combatants ends up as a casualty. It takes a minimum of three attackers to root out a single foe dug into a city; the Pentagon prefers a ratio of 10-to-1.

Ancient Muslim sectarian strife also makes the fight for Tikrit and other ISIS-held Iraqi cities challenging. The fact that Iranian-backed Shi’ite militias are leading some of the units attacking the city could make retaking it and others more difficult. The militias are allied with the Shi’ite-led Iraqi government. But both ISIS and most residents of the Iraqi territory it occupies are Sunnis. That could make the residents reluctant to join forces with their Shi’ite liberators, as well as keep them from abandoning their co-religionists.

Ultimately, Iraqi forces could opt for patience. They could cordon off a city with a porous ring of tanks and armored vehicles. That would let civilians flee while keeping ISIS reinforcements and supplies out. Pressure could be ratcheted up by shutting off water and power.

One way or another, with enough fighters, weapons, time and will, the attackers generally prevail. The real challenge is making sure time and will are on your side before advancing into the city. 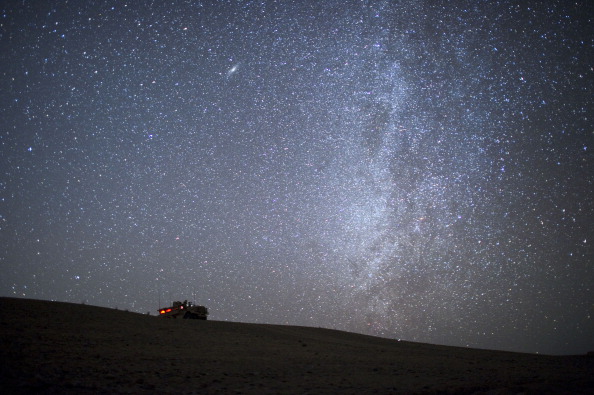