Loretta Lynch's Long Wait May Soon Be Over

President Barack Obama listens at right as US Attorney Loretta Lynch speaks in the Roosevelt Room of the White House in Washington on Nov. 8, 2014.
Carolyn Kaster—AP
By Maya Rhodan

The long-stalled confirmation of Attorney General nominee Loretta Lynch will soon be over. Senate Majority Leader Mitch McConnell said Tuesday that the Senate will hold a vote on whether to confirm Lynch next week, ending the over 100-day delay.

In February, the Senate Judiciary Committee approved the Brooklyn prosecutor’s nomination in a 12-8 vote. Three Republicans—Sens. Orrin Hatch of Utah, Lindsey Graham of South Carolina and Jeff Flake of Arizona—joined all of the committee’s Democrats in supporting her then.

The vote came nearly a month after Lynch’s generally seamless confirmation hearing, which was peppered with questions about President Obama’s immigration executive action. And though Senators found little fault with her overall qualifications, her refusal to denounce the order that would allow millions of undocumented immigrants to stay in the country temporarily without risk of deportation gave many Republican Senators pause.

Democrats and some Republicans, however, have argued that the role of Attorney General is too important to get caught up in the brouhaha over immigration. “We hope we won’t see a replay on Loretta Lynch because [Republicans] care about repealing the president on immigration,” Sen. Chuck Schumer said Tuesday.

“No one has objected to anything about Loretta Lynch, her character, her history, what she’s done as U.S. Attorney,” he added.

President Obama nominated Lynch to replace retiring Attorney General Eric Holder over 121 days ago. If confirmed, she would become the first African-American woman to hold the position in our nation’s history, a fact that wasn’t overlooked during the celebration this weekend of the 50th anniversary of Bloody Sunday in Selma, Ala., where civil rights activist Rev. Al Sharpton and Director of the NAACP Legal Defense and Education Fund Sherrilyn Ifill called for her swift confirmation.

On Sunday at Brown A.M.E. Church, where nonviolent protesters sought refuge after being bludgeoned bloody by Alabama state troopers en route to Montgomery some 50 years ago, Sharpton said racism was partly to blame for the delay on Lynch’s confirmation, which is among the longest in history. “You don’t think we notice that?” he asked the gathered crowd.

Under the Obama administration the office of Attorney General has been the cause of much contention between the Congress and the White House. Republicans have accused Attorney General Holder of politicizing the role of the nation’s top cop. His decisions not to enforce marijuana laws in states where the drug has been legalized and urging states attorneys general not to defend same-sex marriage bans drew the ire of many on the right. Holder is also the only sitting Attorney General to be held in contempt of Congress, a result of the investigation into a gun running scheme by the Bureau of Alcohol, Tobacco, Firearms and Explosives.

“In some ways it’s surprising that Republicans don’t want Holder out sooner,” says Michelle Schwartz of the Alliance for Justice.

Blocking the President’s immigration action, so it seems, is more important. But, Gregory Wawro, a political science professor at Columbia University says the consequences of blocking the first African-American woman to the post of Attorney General could be great. Republicans already have a strained relationship with black voters, having garnered less than 10% of the black vote during the 2012 election. Since that time, the GOP has been working to improve relationships with the community.

With reporting by Alex Rogers 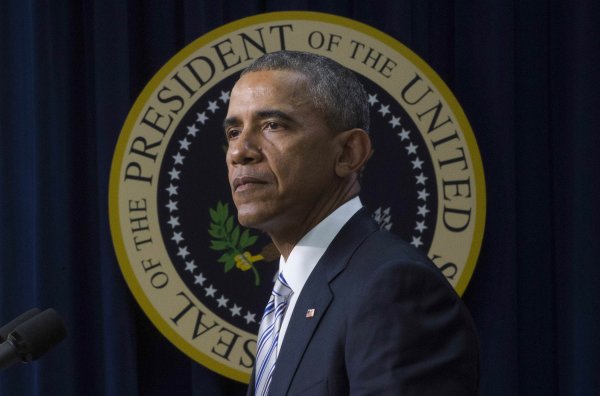