A TIME video interview with Ramsey Orta, the man who filmed a New York City police officer use a fatal chokehold on Eric Garner, has won a World Press Photo Multimedia award.

“What’s remarkable in judging is how people from such different backgrounds can sometime totally agree, almost without communicating with any words, on the top prize winner,” says jury member and cinematographer Bob Sacha. “And ‘Behind the Video of Eric Garner’s Deadly Confrontation With New York Police’ was for us number one. No doubt, no objection, nothing.”

Moakley, a Staten Island resident, said he was inspired to document Orta’s backstory after watching the cellphone video. “I’m used to seeing some of the most violent photographs and videos,” he says, “but I never saw anything quite as shocking as this in the U.S. I immediately knew I had to figure out a way to tell some part of this story.”

He grabbed his gear and drove to the scene of the incident, where he was able to meet and interview Orta. “When I first posted the video, I was really worried about how people would react,” Moakley says. “I didn’t want to create more anger or rage at a time when people’s emotions where already so volatile. I wanted to make a video about Eric Garner, using Orta’s incredible footage, that was clear and succinct and that let the viewer make up their mind about this deadly incident. Like Orta says in the video, ‘Once you have proof nothing can go against that’.”

Kira Pollack, TIME’s director of photography, says the World Press Photo award is “a reflection of Paul’s enterprise and rich curiosity as a journalist.”

“When he first saw Ramsey Orta’s video, he immediately recognized its significance as evidence and he worked tirelessly to contextualize it and bring it to the next level,” she says.

But, more than anything, adds Moakley, “this award belongs to Ramsey Orta, who shot this shocking video,” he says. “He was arrested by the same police department the week after we posted our video. In our interview, Ramsey told me that he was being harassed by cops since Garner’s death.”

Orta is facing drug charges with prosecutors alleging that he “peddled various drugs, including crack cocaine, heroin, and marijuana,” according to Staten Island Live.

In World Press Photo’s Long Feature category, photographer Tim Matsui came on top with The Long Night, a film set in Seattle, Wash. that explores the crisis of minors entangled in the American sex trade. The film, produced by MediaStorm, “weaves together the stories of seven people whose lives have been forever changed by this issue,” World Press Photo said in a statement.

“The way he put it together, the way he had the pace just right, it drew you in,” says jury member Hussain Currimbhoy, a documentary programmer at the Sundance Film Festival.

Photographer Charles Ommanney of Getty Images came second in the Long Feature category for The Fence, a video produced for MSNBC.com that looks at the construction of a 700-mile barrier between Mexico and the U.S.

In the Interactive Documentary category, the participatory platform {The And} won the top prize. {The And} explores the dynamics of modern relationships. “Each viewer starts their experience by answering four questions,” World Press Photo said. “The answers generate a 90-second bespoke documentary film comprising segments of interviews with real couples and intended to open within the viewer a new window of thought about relationships.” 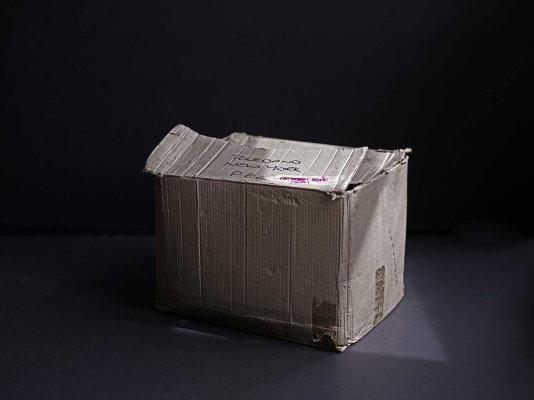 A Photographer's Goodbye to a Long-Lost Sister
Next Up: Editor's Pick