Review: The Ridiculous Royals Puts the Nasty in Dynasty

One of the benefits of American independence is being able to take a tourist’s-eye view of the British royal family. We can follow their foibles, gawk at their weddings, or coo over their babies without the burden of feeling invested in a national tradition. We get to visit the ball without paying the bill. So it’s a little odd that, amid our soap operas about oil dynasties and political dynasties and hip-hop dynasties, we don’t have a Dynasty about a dynasty.

On March 15, E! aims to remedy that with The Royals, about a scandal-plagued, wealth-corrupted, TMZ-in-the-UK clan who may be Britain’s last ruling family ever. But it ends up with a wan, chintzy soap that can’t compete with reality–either Britain’s or E!’s.

The unnamed royal house in The Royals isn’t really a fictionalization of the Windsors, who have upped their p.r. game in the Kate Middleton era, but it begins with a Princess-Di-like tragedy: the noble, popular Crown Prince Robert, has died in an accident. The family he leaves behind are a much less palatable bunch. Queen Helena (Elizabeth Hurley) is a vicious, status-besotted Royal Housewife of London. Princess Eleanor (Alexandra Park) flashed the paparazzi while dancing sans panties in a Paris nightclub. Playboy Prince Liam (William Mosely) has scandalized his family by bedding Ophelia (Merritt Patterson), the American daughter of the palace head of security. Throw in a polymorphously pervy royal uncle, Cyrus (Jake Maskall), and various Anglotrash cousins, and the whole debauched scene has so demoralized King Simon (Vincent Regan), that he is planning to ask Parliament to abolish the monarchy. (One advantage of fiction: better names.)

There are a lot of ways you could go with this setup, and a big problem with The Royals is that it tries to go every way. (I’ve seen five episodes, not all in order.) It’s at its worst when it tries to be on its best behavior, as when, with King Simon, it wants to make serious statements about nobility, honor and duty. (As the ramrod-straight king, Regan feels like he took a wrong turn on the set of Downton Abbey.) Other times, it’s a mushy, sentimental young-adult drama (creator Mark Schwahn produced teen soap One Tree Hill) focused on the star-crossed, high-and-lowborn romance of Liam and Ophelia, who have all the chemistry of two cold noodles on a plate. (Oddly, given that it’s not even our monarchy, it’s this streak of sincerity that makes The Royals feel most American.)

The best version of The Royals is also not good, but it can be entertainingly bad: a filthy, blackhearted dissection of the 0.0001%. This is a family of spoiled cats, fattened on the rich milk of inheritance, and when Simon threatens to take the saucer away, the claws come out. Sharpest are those on Cyrus and especially Helena, who infights viciously to protect her status and to separate Ophelia and her son. Hurley’s performance isn’t nuanced, but she has fun with it. (In later episodes, Joan Collins turns up as Helena’s mum, in a sort of passing of the soap-villainess torch.)

Mostly, The Royals is bespoke trash; like the artfully ripped Sex Pistols shirt Eleanor wears in one episode, it feels deliberately distressed, trying too hard. But it knows how to get your attention with its ripe raunchiness. One moment, Helena walks into her daughter’s quarters, wrinkle her nose and announce, accurately, “Smells of sex in here;” another, she sniffs Liam and says, “I smell supermodel.” The whole family has an aroma about them, as when they’re herded together in a bunker beneath the palace in an emergency, and they turn on one another like the “zoo animals” King Simon describes them as.

But underneath its racy dialogue (“And I’d prefer it if your daughter weren’t blowing my son. We can’t always get what we want, can we?”), The Royals is a dated primetime soap, not fresh enough to justify the uneven tone, awful dialogue or rampant overacting. Ultimately it becomes a dirty-but-moralistic story, straight out of an ’80s soap, of sibling rivalry and a battle between the family’s rottenness and the attempts of Liam, Eleanor and Ophelia to discover their deeper good.

There is a glimmer of an idea behind it, though: social media, and how it’s depreciated the old currency of status. In The Royals’ palace, nobles carry smartphones like Shakespeare’s carried rapiers; they have “social media advisers” in place of valets; the abbreviation “FML” comes up more often than “HRH.” But all this means that the royal family is just one more set of boldface names vying for the public’s attention with all the media-enabled commoners out there. They’re hustling on the same ground as entertainers and reality stars. One episode, for instance, finds Helena and Eleanor putting on rival fashion shows, as if they were Lucious and Cookie throwing competing parties on Empire.

I suppose the success of Empire means there may be room on the public’s social calendar for a raw but throwback soap like this one. E! certainly seems to think so, having already picked it up for a second season before the first debuted. It’s ironic, though, that an old-school scripted soap opera about old-world status would come from a channel that has created exactly the kind of celebrity-reality shows that have superseded it.

E!, after all, already has a hit serial about a royal family navigating the pressures of fame in the social media era. The hour before The Royals’ March 15 debut, it’s airing the tenth-season premiere of Keeping Up With the Kardashians. 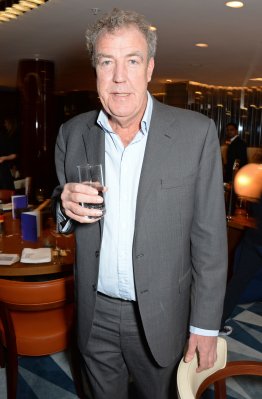 Witnesses of Jeremy Clarkson Fracas Say He Told Producer He Would Lose His Job
Next Up: Editor's Pick