An Evening at the NYC Drone Film Festival

I did not enjoy the New York City Drone Film Festival.

On Saturday, a few hundred people packed themselves into New York’s Directors Guild of America Theater to take in some short movies that were filmed by from everyone’s favorite aerial platform: the drone. The rules were simple. Each film was to be five minutes or less, and at least 50 percent of each movie had to be shot by drone.

After a rather self-indulgent and wholly forgettable “red carpet” experience, the films began. Not even 15 minutes into the festival, the audience was treated to a bird’s eye view of an erupting volcano, with hot magma spewing skyward and nearly touching the camera lens. Then we got to see notorious stunt cyclist Danny MacAskill ride daredevil-style down a mountain in his native Scotland. A montage of airplanes coming and going at Mexico City International Airport offered all kinds of eye candy (it included a disclaimer to never fly a drone near airports; the producers had worked out a special arrangement with air traffic control, for the record).

But after these brief moments, it was all downhill. At least three times, emcee Randy Slavin threw out an eager rallying cry to the effect of “Have you ever seen architecture/surfers/volcanos this way before?” 45 minutes into the festival, the answer was yes. Yes, we have. They’re lovely and visually stunning from drone perspective, and because of the turn-and-burn pace of the festival, that beauty started to feel redundant.

The “films” started to bleed together so quickly, becoming indistinct and boring. Each one was beautiful, yes, but in very little time, I felt like I was being assaulted by gorgeous aerial footage that had been slowed to 80 percent of its original speed to smooth and glamorize the shots. It was boring. 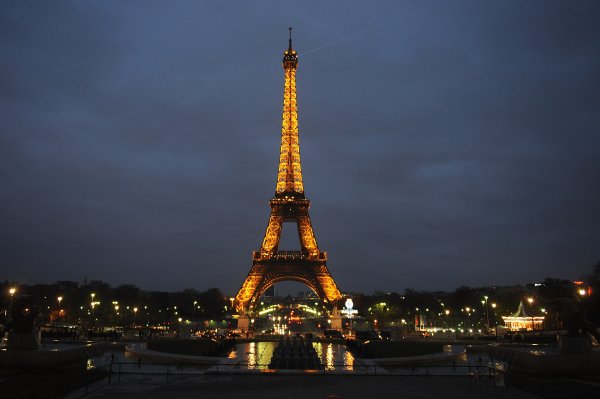 Mysterious Drones Spotted Over Paris Landmarks
Next Up: Editor's Pick