Why Republicans Wrote to the Ayatollahs

Senator Tom Cotton speaks during a news conference with members of the Senate Armed Services Committee about arming Ukraine in the fight against Russia in Washington, D.C. on Feb. 5, 2015.
Samuel Corum—Anadolu Agency/Getty Images
By Massimo Calabresi

The 47 Republican Senators who wrote to the leaders of the Islamic Republic of Iran yesterday did so, they said, “to bring to your attention two features of our Constitution” which the Senators said limit how much President Obama can commit to in nuclear negotiations between Tehran, the U.S. and its five allies.

But to judge by his past statements about those negotiations, the letter’s primary author intended it not so much to edify the Iranians about the American system of government as to completely undermine the talks themselves.

Freshman Sen. Tom Cotton of Arkansas strongly opposes the nuclear talks and believes they should stop immediately. In January, he told the Heritage Foundation “the ongoing nuclear negotiations with Iran … started out as an unwise policy [and have] now descended into a dangerous farce.”

In his Heritage speech, Cotton suggested that Obama might have cut a quiet deal to push off Iranian nuclear weapons capability until after the end of his second term. Cotton said that the President, in writing to Iran’s supreme leader over the last several years in pursuit of a diplomatic solution to the nuclear impasse, had behaved “like a love-struck teenager.”

By contrast, Cotton informed the Iranian leaders in his letter Monday that any deal Obama cut with them might not last. “We will consider any agreement regarding your nuclear weapons program that is not approved by the Congress as nothing more than an executive agreement,” Cotton and his fellow Senators wrote. “The next president could revoke such an executive agreement with the stroke of a pen and future Congresses could modify the terms of the agreement at any time,” the Republican Senators added.

Cotton has thoughts on what an alternative policy should be. In his Heritage speech, he said the U.S. should focus first and foremost on bringing down the regime in Tehran. “The goal of our policy must be clear: regime change in Iran,” Cotton said. To that end, Cotton said, the U.S. Congress should offer to transfer bombers and 30,000 pound bunker busting bombs to Israel for use should Israel decide to attack Iranian nuclear sites.

Not all the Republicans agree with that policy. Seven Republican Senators did not sign the letter, although they have not all stated their reasons. Former Defense Secretary Robert Gates has previously argued that Israeli military strikes against Iran could draw the U.S. unprepared into war. Cotton served in Iraq and Afghanistan, but after two long and costly wars few politicians are willing publicly to embrace policies that could drag the U.S. into another Middle East conflict.

Which may explain why Cotton and his fellow signatories ended their letter to the Iranians by saying only that, “We hope this letter enriches your knowledge of our constitutional system and promotes mutual understanding and clarity as nuclear negotiations progress.” 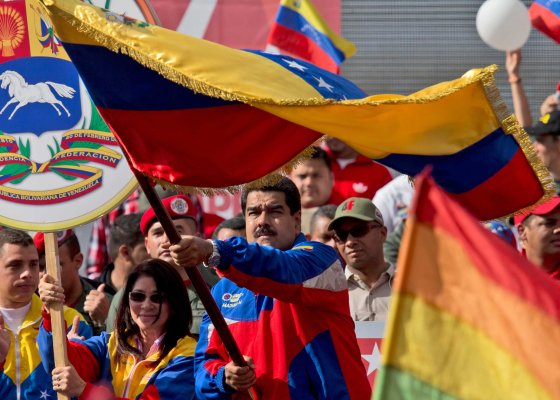