When a video of Oklahoma University fraternity members yelling a racist chant went viral Sunday, the fraternity’s 78-year-old “house mom” seemed to be an innocent victim.

Beauton Gilbow, who had worked at the house for 15 years, lost her job when the frat house was forced to close because of the behavior of the college students she oversaw.

But a 2013 video appearing to show Gilbow chanting a racial slur has added a whole new layer to the story, CBS News reports.

The original video of the Sigma Alpha Epsilon fraternity members depicts young white men in formal wear chanting a racial slur, referring to lynching and vowing that their fraternity will never admit a black member. The fraternity was immediately shut down after the video emerged, and the university president said students may face expulsion.

Gilbow was unavailable for a comment on Tuesday, CBS News reported.

The “house mom” in fraternities and sororities often lives with the organization’s members and helps manage the house. Gilbow is not the only fraternity employee to be out of a job thanks to the incident. Howard Dixon, the fraternity’s cook, said in an interview that he, too, was out of work. An Indiegogo campaign had raised nearly $40,000 for him by Tuesday afternoon. 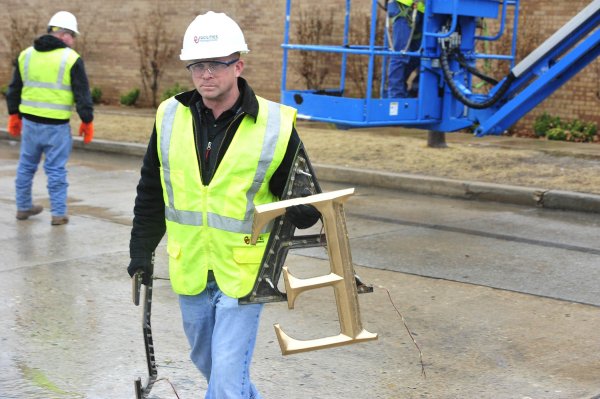 Racist Video Not the First Scandal for Troubled Fraternity
Next Up: Editor's Pick