A man stands near the smoking remains of a helicopter that crashed with another near Villa Castelli in the La Rioja province of Argentina, March 9, 2015.
Gabriel Gonzalez—AP
By Vivienne Walt/Paris

The 10 people who were killed in a helicopter crash on Monday while filming a French reality TV show in Argentina were not the first people to die in a production by Adventure Line Productions (ALP).

Two years ago, Gérald Babin, 25, died of a heart attack in Cambodia during a shoot for Koh-Lanta, an ALP adventure show, in which participants have to survive on an uninhabited island by competing for food through demanding physical challenges. Six days after Babin’s death, the show’s French location doctor Thierry Costa killed himself, leaving a note saying that media reports suggesting he might have saved Babin’s life had driven him to suicide.

The circumstances in which two Argentinian pilots, five French production staff and three French sporting heroes died in a two-helicopter crash 720 miles south of Buenos Aires are quite different but have prompted concerns about reality TV shows and the financial culture of the media companies that make them. As the French absorbed the details of the tragedy, some claimed that production companies like ALP had set up the potential for errors after years of saving on safety and labor expenses, in favor of offering ever-more risky adventures for TV audiences.

Paris lawyer Jérémie Assous told the French news site Le Point on Tuesday that French courts had found ALP guilty of 300 counts of “breaches of labor law and safety obligations.” Assous has successfully sued ALP in recent years on behalf of hundreds of reality-show participants, claiming that they were obliged to work 20-hour days, the production company had confiscated their passports and telephones while filming in remote locations, and shut off their Internet access. Yet despite the fact that French judges had repeatedly fined the company, “the amount of fines, even if it rises steadily to tens of thousands of euros, is not commensurate with the millions saved by not complying with the law,” Assous said.

Indeed, the profits are huge in reality TV and help broadcast networks invest in their nonlucrative news divisions. French channel TF1 bought the broadcast rights to Koh-Lanta for about €12 million ($13 million), and earns about €25 million ($27 million) a year in advertising revenue, according to Le Point.

The show being filmed in Argentina was Dropped, a French adaptation of a Swedish reality show that was due to launch this year on TF1. Much like the U.S. reality show Survivor, the series drops teams of adventurers — in this case sporting celebrities — blindfolded into a remote area, leaving them to find their way back to civilization without the help of GPS or telephones. “Two teams are dropped into the middle of nowhere,” says the promotional video on YouTube, over suspenseful music. “No food. No map. No help.”

And also, perhaps, too little safety. On Tuesday, an ALP staff member told Le Point that offering top-class safety provisions for the show’s participants would increase the costs of production about threefold. “If we scrupulously respect work rights, shooting costs would explode,” said the employee. “Safety is not a major issue for the production company.”

Among those killed on Monday were swimmer Camille Muffat, 25, who won both a gold and a silver medal at the 2012 Olympics in London; boxer Alexis Vastine, 28, who won the light-welterweight bronze medal at the Beijing Olympics in 2008; and the sailor Florence Arthaud, 57, who had gained fame in her early 30s as the first woman ever to win the solo trans-Atlantic race called the Route du Rhum. “Between incredulity and horror,” said the front page of Tuesday evening’s Le Monde newspaper. “French sport is in mourning.”

President François Hollande told reporters that the accident was “a cause of immense sadness.” One of the surviving Dropped participants, Sylvain Wiltord, a former soccer player for London’s Arsenal club, tweeted, “I am sad for my friends, I’m shaking, I’m horrified, I don’t have the words, I don’t want to say anything.” And William Forgues, the boyfriend of the dead swimmer Muffat, told the news site Le Parisien, “She was very happy and it was 100% her choice to be there. She loved that kind of program.” 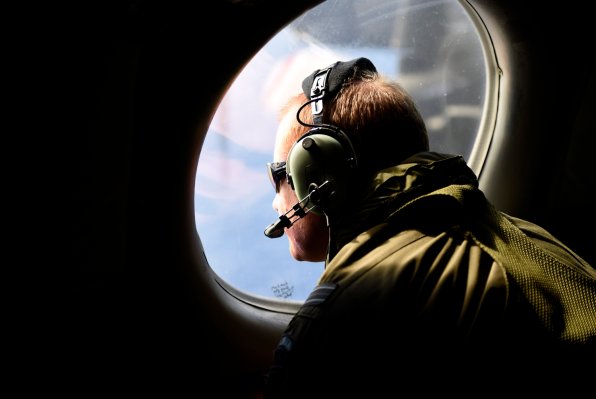 Malaysia Airlines Towelette Found on Beach Not From MH 370, Say Officials
Next Up: Editor's Pick