Big Soda beat San Francisco lawmakers in 2014, when the industry spent $10 million to defeat a tax on sugar-sweetened beverages and narrowly succeeded. Now three lawmakers are returning fire with new measures aimed at reducing residents’ consumption of beverages that have been linked to health problems such as obesity and diabetes.

One of the proposals would make the city the first to require that advertisements for drinks like soda—on billboards, atop cabs, outside convenience stores—carry a warning label like cigarette advertising does. San Francisco Supervisor Scott Wiener, the man behind that plan, anticipates that hundreds of locations around the city would be spreading this message:

“The big picture here is that these drinks are fueling an explosion of Type 2 diabetes and other health problems and we have a responsibility as policy-makers to act to protect public health,” Wiener says. “It’s a big problem and it’s only getting worse.” The measure would only affect new poster-like advertisements, so while the 80-foot tall sculpture of a Coke bottle at AT&T Park is safe, any new ads pitching fans on Pepsi inside the stadium would have a label to bear. The measure requires that the warnings take up at least 20% of the ad’s area for drinks that have added sweeteners and more than 25 calories per 12 oz. (Natural fruit juice, formula and milk get a pass.)

A complementary piece of legislation set to be introduced by Supervisor Malia Cohen would ban advertisements for sugary drinks on publicly owned property such as transit shelters; ads for alcohol and tobacco are already non grata in those spaces. Another measure, from Supervisor Eric Mar, would ban city departments or contractors from using city funds to purchase sugary drinks. Former Mayor Gavin Newsom, who called sodas “the new tobacco,” issued an executive order in 2010 banishing high-calorie soft drinks from vending machines on city property. The latter measure would give that sentiment the force of law.

The language in Wiener’s proposal was borrowed from a bill in Sacramento. In February, state Sen. Bill Monning reintroduced a measure that would require similar warning labels to be plastered across the front of sugary drinks themselves or at their point of purchase. Monning introduced a similar bill last year, which passed the Senate and then failed to make it out of committee in the state Assembly. “This bill will give Californians the at-a-glance information they need to make more healthful choices every day,” he said in announcing that he’d go another round in 2015. If his measure passes, it too would be a first for the nation.

During the fight to pass the soda tax in San Francisco, proponents like Wiener argued that history has proven education simply isn’t enough on its own. As he pursues this educational reform, he won’t say whether he’s going to try for a soda tax again. But he lauds the success health advocates had across the bay in Berkeley, where voters passed the nation’s first soda tax last year, and he says there is momentum for more of the same. “There are discussions happening,” he says. “But it’s too soon to say.” 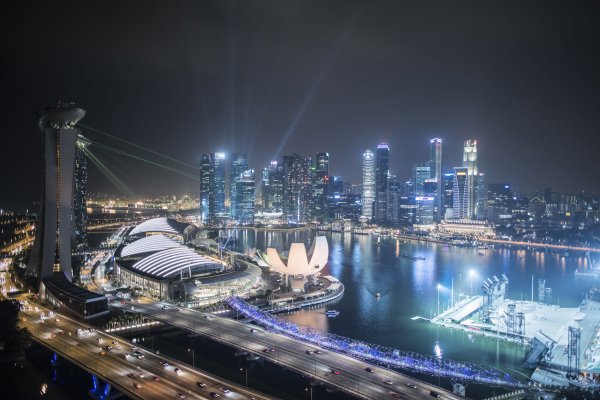 These Are the World's Most Expensive Cities
Next Up: Editor's Pick