Different strains of pot are displayed for sale at Medicine Man marijuana dispensary in Denver on Dec. 27, 2013.
Brennan Linsley—AP
By Katy Steinmetz

A bipartisan group of three Senators will introduce a historic bill Tuesday that could end the federal ban on medical marijuana, a substance that 23 states have now legalized.

The plan sponsored by Republican Senator Rand Paul and Democratic Senators Cory Booker and Kirsten Gillibrand would “allow patients, doctors and businesses in states that have already passed medical-marijuana laws to participate in those programs without fear of federal prosecution,” according to a statement the three Senators released Monday. The measure would also reclassify marijuana as a Schedule II drug instead of a Schedule I, putting it on the same legal footing as narcotics rather than substances like heroin.

Reform advocates like Dan Riffle of the Marijuana Policy Project say the legislation “has legs.” His group, as well as the Drug Policy Alliance and Americans for Safe Access, helped shape the bill. Others are more skeptical. Allen St. Pierre, executive director of the National Organization for the Reform of Marijuana Laws (NORML), has been following Congress’s movement on marijuana for the past 25 years. He says the bill may be “DOA” because some Republicans remain loath to touch such stuff.

At a press conference on Tuesday, the three Senators spoke alongside citizens with serious medical conditions who want to use medical marijuana but cannot access it or fear prosecution for violating federal law, even when they’re in a state that has legalized medical marijuana. Gillibrand dared her colleagues in the Senate to meet these people, like a young girl named Morgan who is debilitated by severe epilepsy, “and tell them they don’t deserve the medicine their doctors have prescribed.”

Even if Gillibrand’s colleagues don’t get on board, just the introduction of the bill remains significant. It’s a sign that some of the winds legalization advocates like St. Pierre have been fighting against for decades are now at their back. He calls the bill “historic,” noting that though the House has attempted marijuana reform for years, the Senate has largely been silent on the issue. Now they’re speaking out. Gillibrand insisted that making medical marijuana accessible is needed to “take care of America’s kids.”

At the conference Booker emphasized the need for veterans, particularly those with post-traumatic stress disorder, to be able to access the drug; prescriptions are currently not allowed at veterans’ hospitals, even in states where the substance is legalized. “These laws must change,” he said. “The government has overstepped.” The last guest he introduced was a man who grows marijuana that supplies medical marijuana dispensaries in D.C., and he spoke at length about the trials and dangers of being forced to operate entirely in cash because of federal banking restrictions.

“Marijuana prohibition is not going to end without a public conversation,” St. Pierre says. “This bill will be [introduced] and then these discussions will be happening.”

While only a slim majority of Americans favor the legalization of recreational marijuana, medical marijuana is a more decided issue. In conservative states like Kentucky, the approval ratings are still at 52%, while they climb as high as 81% in purple states like Iowa. In February, the leader of the Republican majority in West Virginia’s state senate introduced a bill to allow residents to grow and use medical marijuana if it’s recommended by a doctor. The measure was co-sponsored by the senate’s Democratic minority leader.

Paul, as St. Pierre says, is a “dyed-in-the-wool libertarian.” At the conference, he spoke the need for research to be done on the drug—something that becomes more feasible if it’s classified as a Schedule II substance—and he said that the government is “restricting people’s choices,” adding that what America needs is “more freedom for states and individuals.” His federalist tack shows how it’s possible for this to be a social issue on which Republicans can evolve and use as a carrot for younger voters. The Marijuana Policy Project’s Riffle says that ending the federal ban would get the government out of doctor-patient relationships and save taxpayer money on medical dispensary raids. “Talking about reducing the role of government interference in our personal lives and enhancing personal freedom and autonomy, reducing government spending — those are all conservative talking points,” he says.

At the Conservative Political Action Conference in February, where it is a ritual for Republican presidential hopefuls to court the base, Republican Senator Ted Cruz endorsed a federalist approach to Colorado’s marijuana legalization, saying it was a “great embodiment” of states acting as “laboratories of democracy.”

“If the citizens of Colorado decide they want to go down that road, that’s their prerogative,” he said. “I don’t agree with it, but that’s their rights.” Aaron Houston, a political strategist with Weedmaps who has been trying to get the Senate to take up marijuana reform for years, calls Cruz’s position “remarkable” and the bill “hugely significant.”

The Senators pushing this measure have precedents beyond state-level actions to cite. The spending bill that President Obama signed in December contained an amendment that prohibited the Department of Justice from using funds to go after state-level medical-marijuana programs. That new law gave many in the medical-marijuana world some peace of mind, as they continue to operate in a sphere where their actions are legal in their state and illegal in their country. Republican Representative Dana Rohrabacher, an outspoken proponent of marijuana reform, heralded it as “the first time in decades that the federal government has curtailed its oppressive prohibition of marijuana.”

California became the first state to legalize medical marijuana in 1996. The years in the interim, Riffle says, were like a “wait-and-see phase” where the sticky discrepancy between state and federal law was largely ignored. Regardless of whether the bill goes anywhere, he believes the introduction is a signal that the wait-and-see phase is over. “This is a legitimate, mainstream topic of debate,” Riffle says. “We’re ready to see Congress actually do something about it.” 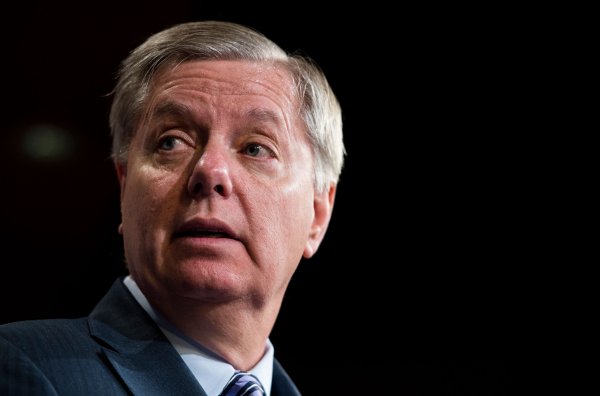