Should I Drink Smoothies?

Fruit, undeniably healthy in its whole-food form, is immensely more palatable to many of us when sliced up and pulverized into a smoothie. But are those sweet and delicious concoctions really good for you or packed with sugar? 3/5 nutrition experts say yes, with some caveats.

“Drinking smoothies, especially for breakfast, is one of the easiest way to add some fruit to your diet,” says Joseph Price, PhD, a health economist and associate professor at Brigham Young University. He’s also one of the few researchers who’s looked at the impact of smoothies. In a 2015 study, Price and his colleague found that only 4% of kids eating a school breakfast ate a serving of fruit. When the school offered morning smoothies, that number jumped to 45%.

That’s far better than no fruit at all, experts would agree. But a little can go a long way. “Calories from fruit can add up quickly, so it’s good to add protein and veggies,” says Laura Jeffers, a registered dietitian at Cleveland Clinic. She recommends picking fruit with a low glycemic index, like apples and pears. A good ratio to follow is 70% veggie and 30% fruit, Jeffers says.

Another thing to keep in mind: smoothies may rob you of the satisfaction you get from eating real food—which, in turn, tends to signal that it’s time to stop consuming calories. “Because they are a beverage, smoothies may have weaker satiety value than a solid food of similar energy,” says Richard Mattes, PhD, professor of foods and nutrition at Purdue University. He published a study in the International Journal of Obesity that found that when people drank the beverage form of a carb-rich food, they consumed 12% more calories overall.

Still, on the topic of drinkable fruit, not all experts agree.

Smoothies let you consume a lot more fruit than you usually would during a sitting, which means that even if you’re not adding sweeteners like honey or agave, you’ll still be getting a good deal of sugar. A store-bought fruit smoothie can pack 58 grams of sugar in a single 16-oz bottle. (By comparison, 12 ounces of cola has about 40 grams of sugar.)

It’s the same reason some studies have warned against fruit juice, which can pack as much sugar as soda and is linked to higher blood pressure and obesity. Juice strips out the fruit’s naturally occurring fiber, which greatly speeds up absorption of sugar.

Barry Popkin, PhD, professor of nutrition at the University of North Carolina at Chapel Hill School of Public Health, sees smoothies as similar to fruit juice, another drinkable fruit product that has a health halo he doesn’t think it deserves. “Actually, long-term fruit juice intake is linked with increased risk of diabetes and other health problems,” Popkin says.

Despite the popularity of smoothies, there’s surprisingly little research about the effects of smoothie fruit on the body versus whole fruit. But Robert Lustig, MD, professor of pediatrics at University of California, San Francisco, and author of Fat Chance: The Bitter Truth About Sugar, thinks smoothies are a no-no. “The blades destroy the insoluble fiber, which means that the ‘gel’ that forms on the inside of the intestine has no structure,” he says. “The sugar is absorbed at a maximal rate, overwhelming the liver’s capacity to metabolize the sugar, and the excess sugar is turned into liver fat which is the precursor to metabolic syndrome.”

But Lustig won’t begrudge you your glass of green slurry, provided it’s loaded with veggies. “The insoluble fiber is still destroyed, but so what?” he says. “If that’s the only way you can get your kale down your gullet, have at it.”

Read next: Should I Eat Kale? 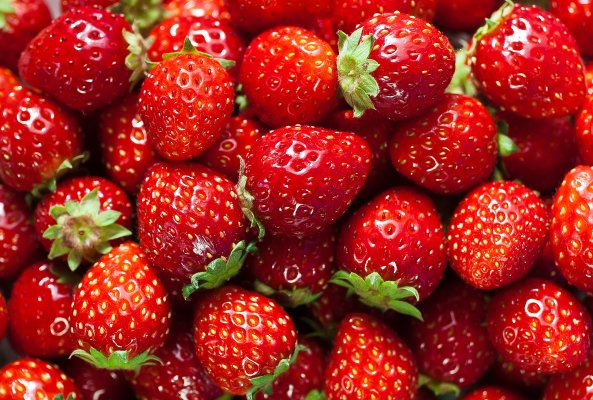 5 Foods That Taste Better in April Than They Will All Year
Next Up: Editor's Pick