Politics Aside, the Data on Women Collected by the Clinton Foundation Is Worth a Look

The hubbub surrounding Hillary Clinton’s presumptive presidential run and the controversy over her use of a private email account while Secretary of State threaten to overshadow No Ceilings: Full Participation Project, a new report on women’s rights released on Monday by the Clinton Foundation in partnership with the Gates Foundation. That’s a shame, because while the information isn’t completely groundbreaking, it’s still one of the most comprehensive looks at the state of gender equality around the world in 2015, with over a million data points on women’s advancement across dozens of areas.

Here’s the takeaway: since the 1995 Beijing Platform for Action (where Hillary Clinton famously said, “Women’s rights are human rights and human rights are women’s rights”), women have taken two steps forward, one step back. There have been major gains in education and women’s health, but less so in safety, economic opportunity, and leadership. “Progress is possible, and the data provides us a roadmap for the unfinished business that remains,” said Clinton when she took the stage in New York City on Monday. “We’re not there yet.”

In health, there’s been a lot of good news when it comes to maternal mortality and contraceptive use. The rate of women who die in childbirth has plummeted more than 40% in 76 countries, and by more than 60% in South Asia, and the rate of adolescent birth has dropped by a third since 1995. In Sub-Saharan Africa, the rate of contraceptive use has doubled, from 11% to 23%.

But, as Chelsea Clinton said at the No Ceilings event, “we cannot mistake progress for success.” Worldwide, there are still 220 million women who don’t have access to modern family planning– a number that is virtually unchanged since 1995. And according to the WHO, 800 women a day still die from preventable pregnancy complications.

And despite the gains in women’s health and education since 1995, there are major areas where far too little has changed in 20 years. When it comes to women’s safety, we’ve barely moved the needle. 1 in 3 women worldwide have experienced physical or sexual violence, mostly at the hands of a partner. In a survey of four African countries, 25% of first sex for girls was unwanted. And in the Democratic Republic of the Congo, 62% of women and 48% of men think a man is entitled to sex even if a woman refuses.

Financially, women also remain at a stubborn disadvantage. Only about 55% of women worldwide work for pay, compared to 82% of men. That’s not just bad for women– it’s bad for economies. The GDP of the USA would rise by 5% of women were equally represented. In Egypt, women’s participation would boost the GDP by an whopping 34%.

The United States is also one of only nine countries in the world that does not have laws providing paid maternity leave–the others are the Marshall Islands, Micronesia, Nauru, Niue, Palau, Papua New Guinea, Suriname, and Tonga. On the bright side, 75% of other developed countries now provide up to 14 weeks of paid maternal leave. (The U.S. is the only developed country that provides none.)

In leadership roles, women are still vastly underrepresented. Global legislatures remain only 22% female, and the number of countries led by women has risen from 12 in 1995 to only 18 in 2015. Still, there are glimmers of hope: in Rwanda, Bolivia, and Andorra, around 50% of the lower parliamentary seats are held by women.

So even if you’re skeptical of Hillary’s politics, the data from the project is still worth a look. You can check it out more in depth here. 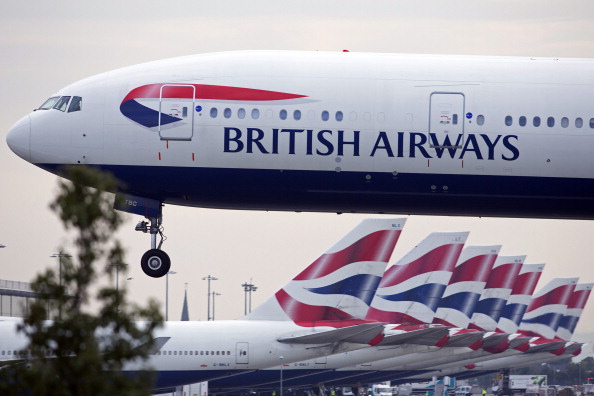 This Airline Has the Best Frequent Flyer Program
Next Up: Editor's Pick