The White House is further cracking down on Venezuelan President Nicolás Maduro’s administration for its handling of protests last year, issuing sanctions against seven officials over human-rights violations.

The sanctions come via an Executive Order signed by President Obama on Monday that expands on a law passed last year to allow the U.S. to place sanctions on Venezuelan government officials who they accused of violating protesters’ rights during months of unrest over the nation’s economy and crime. The White House stresses that the new sanctions are not meant to target the Latin American country’s government or people, but target specific individuals from entering the U.S. and freeze any of their property or financial interests here.

The move comes as the U.S. works to improve relations across Latin America, including Cuba. But Maduro has taken an anti-American line since succeeding late President Hugo Chávez in 2013. “It is unfortunate that during a time when we have opened up engagement with every nation in the Americas, Venezuela has opted to go in the opposite direction,” White House spokesman Josh Earnest said.

Under the order, those who have committed “actions that prohibit, limit, or penalize the exercise of freedom of expression or peaceful assembly” and public officials it deems corrupt could be subject to sanctions. The order further targets those who have cracked down on citizens, often through violence and arbitrary detention, who have been involved in countrywide protests that sprung up in February 2014.

During the protests, which raged from February through May, at least 43 people were killed and thousands were arrested. Global anticorruption coalition Transparency International says Venezuela has consistently had one of the “highest levels of perceived corruption in the world.” Earnest also called for the release of all political prisoners in Venezuela.

The seven officials specifically identified for sanctions are:

Senior Administration officials said Monday they don’t yet know how the sanctions will impact the individuals, but the point of the sanctions is to “shine a light on the abuse of human rights or public corruption” of government officials. They’re hoping the sanctions will send a signal to Venezuelan officials as the country prepares to host a national election later this year.

“We hope to shine a light on practice, not just the individual property that may be in the U.S.,” an official said Monday.

For his part, Maduro has also issued sanctions against the U.S. — calling for a reduced presence of U.S. officials in the country, accusing the U.S. government of attempting a coup, requiring visitors to obtain visas before entering the country and barring former President George W. Bush and former Vice President Dick Cheney. He also called the original law that authorized the sanctions “stupid.” 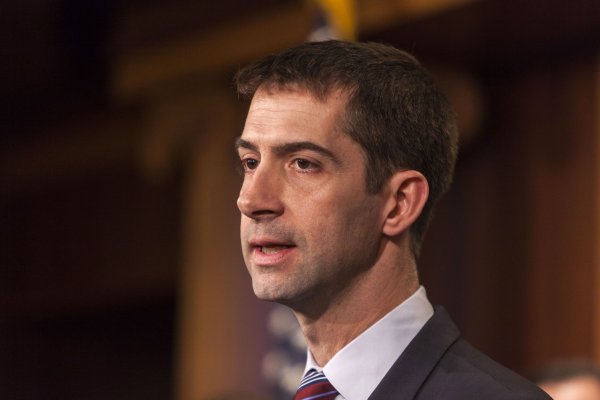 Biden 'Offended' by Iran Letter
Next Up: Editor's Pick