How $8.9 Billion Became $250 Million in the Exxon Lawsuit

New Jersey Gov. Chris Christie’s administration’s assertion that it worked “aggressively” to ensure that Exxon Mobil Corp. reimbursed the state for environmental contamination isn’t changing any minds among the critics of the deal.

For more than a decade the state has been fighting for a court order that would have required Exxon to pay $8.9 billion for environmental repair and other damages related to the company’s oil refining and other activities in northern New Jersey. Instead, the Christie administration has agreed to settle on $225 million to resolve the state’s lawsuit.

Word of the settlement emerged on Feb. 27 as a New Jersey judge apparently was considering how much Exxon should have to pay. The deal generated a chorus of criticism and vows by state legislators to block the deal.

On March 5, the state’s acting attorney general, John Hoffman, and its environmental commissioner, Bob Martin, issued a statement saying their two offices had worked hard together to reach a settlement with Exxon, which they called “the single largest environmental settlement with a corporate defendant in New Jersey history.”

Read more: This Is Why Warren Buffet Dumped His Exxon Holding

“[T]his administration aggressively pushed the case to trial [and] is the result of long-fought settlement negotiations that predated and postdated the trial,” the statement by Hoffman and Martin said.

Exxon said it would have no comment on the matter.

Despite the explanation from the state’s Republican administration, two prominent Democrats in the state legislature, Senate President Steve Sweeney and Sen. Raymond Lesniak, are preparing to file a motion in the Exxon suit to block the settlement. Lesniak has also filed a formal request with the court for all documents related to the settlement.

“We have to and we will get to the bottom of this case to determine how $8.9 billion shrunk down to $250 million,” Lesniak said in a statement. “We are going to dig deep and then we will dig deeper to find the truth.”

Sweeney and Lesniak are among Christie’s critics who say he the governor acted quickly to take advantage of a budget law allowing the governor to divert revenue from environmental settlements that exceed $50 million away from intended clean-ups to the state’s general fund.

The law expires June 30, and the critics say it forced Christie to act quickly by reducing the fines to the satisfaction of Exxon and use the proceeds to fill gaps in the state’s budget or even to finance subsidies meant to attract businesses to the state.

“Christie was trying to get this settlement in before [June 30] because [the state Legislature] won’t repeat it in the new budget,” Lesniak said.

Christie is chairman of the Republican Governors Association, which has been the beneficiary of more than $1.9 billion in donations from Exxon since Christie first ran for governor in 2009. Asked if the generous settlement amounts to a gift from Christie to Exxon, Lesniak told the International Business Times, “One can certainly see it that way.”

The state’s suit says Exxon damaged more than 1,500 acres of meadows, wetlands and marshes in the northern New Jersey communities of Bayonne and Linden, where Exxon operated multiple oil refineries for decades. Just two of these facilities, the Bayway and Bayonne sites, would cost $8.9 billion to restore, according to an expert hired by the state Department of Environmental Protection. 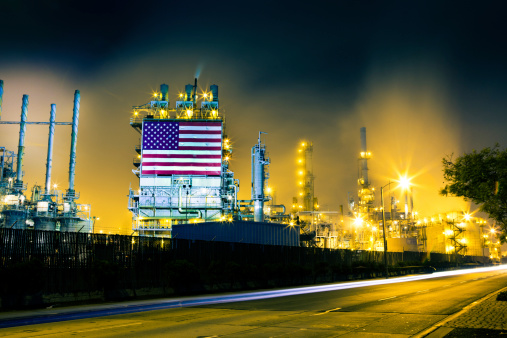