Senator Tom Cotton speaks during a news conference with members of the Senate Armed Services Committee about arming Ukraine in the fight against Russia in Washington, D.C. on Feb. 5, 2015.
Samuel Corum—Anadolu Agency/Getty Images
By Justin Worland

The White House and congressional Democrats reacted angrily Monday to an open letter from more than 40 Republican Senators to the leaders of Iran, which cautioned that U.S. law makes any nuclear deal between Iran and the U.S. tenuous.

“Writing a letter like this that appeals to the hard-liners in Iran is frankly just the latest in a strategy, a partisan strategy, to undermine the President’s ability to conduct foreign policy and advance our national interests around the world,” White House press secretary Josh Earnest said in remarks reported by the New York Times.

“I cannot recall another instance in which Senators wrote directly to advise another country—much less a longtime foreign adversary— that the President does not have the constitutional authority to reach a meaningful understanding with them,” wrote the Vice President in a statement.

Biden also contended that the letter erroneously implied that the U.S. President is unable to deliver on America’s commitments, a suggestion that he labeled “as false as it is dangerous.”

“The decision to undercut our President and circumvent our constitutional system offends me as a matter of principle,” said Biden.

The letter, organized by Oklahoma Senator Tom Cotton, said any treaty requires congressional approval and that the fate of an executive agreement will be subject to the whims of the next President. It also notes that many in the Senate will remain in power when President Obama leaves the White House.

“The next President could revoke such an executive agreement with the stroke of a pen, and future Congresses could modify the terms of the agreement at any time,” the letter says.

“We hope this letter enriches your knowledge of our constitutional system and promotes mutual understanding and clarity as nuclear negotiations progress,” says the letter, first reported by Bloomberg.

The U.S. and other countries are currently in the midst of negotiations with Iran on an agreement on the country’s nuclear capability. Most Republicans in Congress have expressed strong opposition, in part due to Israel’s stance that it threatens its well-being. 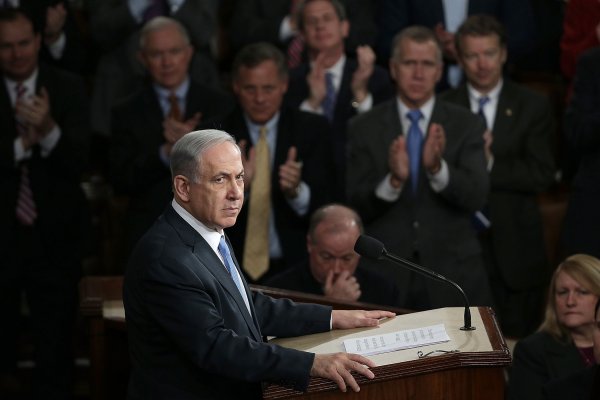