Chinese Ship Detained in Colombia on Suspicion of Weapons Trafficking

A Chinese freighter loaded with unregistered weapons is seen anchored at the port of Cartagena, Colombia, on March 3, 2015
Joaquin Sarmiento—AFP/Getty Images
By TIME Staff

The Chinese captain of a freighter stopped by the Colombian authorities is under house arrest in Cartagena for allegedly carrying unregistered weapons and military equipment bound for Cuba.

The Hong Kong-registered Da Dan Xia has been impounded for a week after local authorities claim 100 tonnes of gunpowder, 99 projectile bases and 3,000 artillery cartridge cases were discovered aboard, reports AFP.

The cargo ship was stopped before it was due to arrive in the northern Colombian city of Barranquilla en route to Havana. 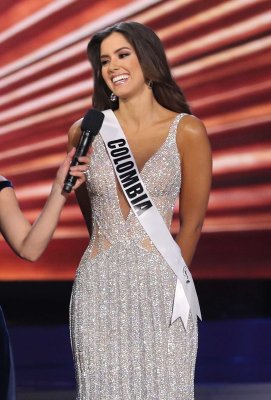