Disney Star Debby Ryan: 'Love Should Never Leave a Scar or a Bruise'

Debby Ryan has earned millions of young fans as the star of the Disney Channel series Jessie. But while the show, about a small-town girl who moves to New York and becomes the nanny for a wealthy family, deals with typical life lessons faced by young women—like crushes, growing up and making friends—Ryan is using her popularity outside the show to teach her young audience about a more adult lesson: domestic violence. She’s joined the “Don’t Look Away” campaign fighting domestic violence after escaping an abusive relationship herself.

“I finally felt ready to talk about a situation I was in that ended up getting very emotionally abusive and very verbally abusive. And when it became physical, that’s when it ended,” she tells TIME about her decision to join Mary Kay and LoveIsRespect.org to create a new national dating abuse hotline for teens. “I am doing this for myself two years ago.”

One in four women in the U.S. has been the victim of domestic abuse, according to the National Domestic Violence Hotline. While teens might know what physical or even sexual abuse looks like, they might not recognize the signs of emotional or other types of abuse. Even parents might not know about digital abuse—a rising problem in relationships where one person uses texting or social media to abuse or stalk another person. He or she might ask to look at the other person’s text messages, search through emails or berate them online.

“When somebody puts their hand on you, you know what it is,” says Ryan. “But leading up to that as a teenager, you don’t necessarily know what the signs of mental, emotional, verbal, digital abuse—demanding your phone passwords, constantly checking in with you.”

The peer hotline is safe and anonymous. Young adults answer the messages. They make sure the person is safe before opening a discussion about the situation. They send teens information and articles about abuse. Online, teens can take a quiz to see how healthy their relationships are.

For Ryan, the relationship was with a close friend who became too possessive. “We were not dating. We were best friends. We worked together, and we were really close,” she says, adding he would call and text her constantly, guilt her every time she would make plans with someone else and drop plans to fly across the country to see her.

“I noticed hearing words come out of my mouth that didn’t sound like me to justify the relationship,” she says. “Finally there was a point where he stormed outside, started yelling on his phone, then started crying and threw his phone at me. It shatters into like 15 pieces. Then he blamed me for breaking his phone. And I picked up the pieces and called his mother.”

In another instance, she says, he physically assaulted her. “He punches the wall, and he grabs me by the wrist and pulls me back into rooms and locks the door,” she says. “I didn’t expect to be a statistic. But what I’ve learned from my own personal experience and this campaign is that anyone can be in this situation.”

The hotline is open to both women and men to ask questions they might not feel comfortable asking a parent or teacher. “There’s absolutely no shame in it because no matter who you are, this is not anything you’ve done,” she says. “It’s not your decision. But it can be your decision to remove yourself from the situation in a healthy way.”

She adds that she might have acted sooner if society talked about abuse more openly, bemoaning the fact that so few public figures popular among teens use their status to bring the topic to the fore. Instead, young adults are flooded with confusing messages about what a healthy relationship looks like—like the film Fifty Shades of Grey.

“I think there are all sorts of different things for different people that they’re into—God bless,” she says of the dominant-submissive relationship shown in that film. “But I think that love should never leave a scar or a bruise. It should never hurt. Personally, I’ve never seen a very healthy, strong, empowering, beautiful, loving, best friend kind of relationship come out of very severe violent dominance—hether you guys both agree to it or not.”

Ryan credits her parents and friends with making her realize how dire her situation was. One weekend, her mother took her “off the grid” by asking her to turn off her phone so that the abuser could not reach her and told Ryan to write her thoughts in a journal. Ryan says the move helped her realize how uncomfortable and unsafe she felt.

“Ask questions and be persistent—even when your teen says you just can’t understand,” Ryan says. “That’s what helped me.” 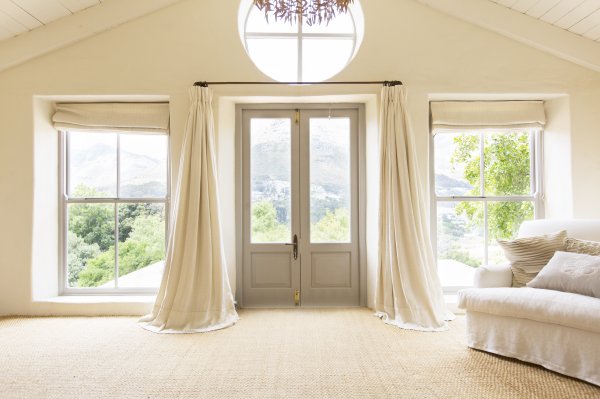