The New York Cosmos will go up against Cuba’s national squad in Havana this summer, according to a new report, marking the first time in decades that a professional U.S. team will play on the island.

News of the soccer match was errantly announced early, according to the New York Times, which reports the game will take place June 2 during a lull in the Cosmos’ schedule. The Cuban national team will use the game to prepare for July’s Concacaf Gold Cup.

Baseball remains the island nation’s top sport, but soccer has been growing in popularity. Although the Cosmos is a second-tier team in the states, some of its international players like Raul and Marcos Senna, former stars of Spain’s World Cup team, are recognizable in Cuba.

The U.S. announced in December that it would thaw and restore full diplomatic ties with Cuba after more than half a century. 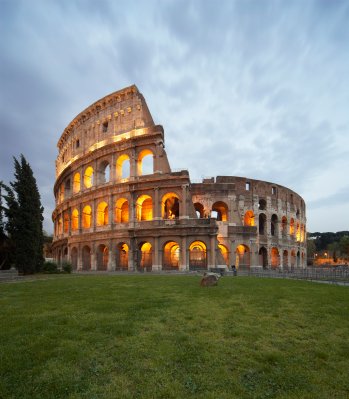 Americans Who Carved Initials Into Rome's Colosseum May Face Penalties
Next Up: Editor's Pick