You Asked: What Is 5G Wireless Data and Why Do I Want It?

Back in the 2000s, it seemed like new wireless data technologies were as much of a reason to upgrade our phones as new hardware. Since the launch of the current 4G wireless data network, though, progress in the world of mobile data has seemed to slow. But at last week’s Mobile World Congress — an annual gathering of all the gurus who make wireless communication possible — we got a glimpse of the mobile broadband future: 5G.

Your first interaction with wireless data probably came in 2007, when Apple’s original iPhone was released, using EDGE data networks. Then, just over a year later, came the iPhone 3G, running on 3G data networks moving up to seven times faster than their predecessors. By early 2011, T-Mobile claimed to have America’s first 4G network, a technology that runs 10 times faster than 3G.

What’s next? That’s 5G wireless data. While the 5G standards have yet to be finalized, it could pack up to 1,000 times more capacity than 4G, says the European Commission. But here’s the catch: It won’t be ready until at least 2020.

While 5G will undoubtedly be faster than 4G, speed isn’t the only reason mobile operators want to make the jump. From mobile devices like smartphones and tablets to smart home gadgets and connected cars, it’s estimated that consumers’ appetites for Internet-connected gadgets will boom in the next five years. The current 4G networks just won’t be able to handle the load. 5G networks, however, could manage connections for 7 trillion devices — which means everyone on Earth could have around 1,000 connected devices before the network gets overloaded. In addition, 5G could save up to 90% on energy consumption over current standards.

And as exciting as it is to have a rock-solid Spotify signal in your car, 5G will stretch the potential of wireless data well beyond what we even dream about today. According to a recent article in Research*eu Focus Magazine:

The advance represented by 5G is so jarring that this is the best way to describe it: 1G networks powered the kind of massive, brick-sized cellular phones we equate with Zack Morris from Saved By The Bell. 2G technology connected to everyone’s first cellphone, those tiny Nokias that actually fit in our pockets. 3G made our handsets smart, while 4G let people have mobile data on tablets, laptops, and other devices. 5G will bring high-speed mobile Internet to everything: Your home, car, hospital, utilities, and yes, even your smartphone.

And speaking of smartphones, these devices might see the biggest lift of any gadget out there, since the new technology will give companies like Apple, Google, Huawei and Samsung the opportunity to push their boundaries further as the increased data gives them greater might. While today’s handsets all seem to be the same glass screen with front- and rear-facing cameras, the ability to download an 8K-resolution movie in a second could give smartphones new superpowers. I’d suggest holographic phone calls, but something tells me that dream will come across as laughably narrow-minded by the time we all have 5G. Time will tell. 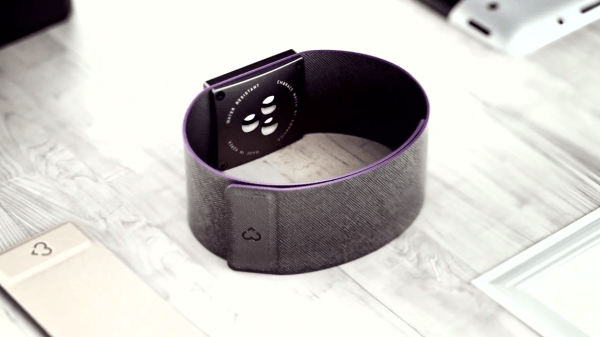 Seizure-Detecting Smartwatch Could Save Lives
Next Up: Editor's Pick