Americans Who Carved Initials Into Rome's Colosseum May Face Penalties

Two American twenty-somethings may face a judge in Italy for apparently carving their initials into Rome’s Colosseum, according to a report Sunday.

The tourists from California, aged 25 and 21, snuck away from their tour group Saturday and used a coin to carve their initials into the amphitheater, the Guardian reports, despite signs in English and Italian that say defacing the ancient structure is forbidden. They carved a “J” and an “N” into one of the walls restored from the 1800s and took a selfie before being caught.

The women may be put before a judge, the report adds, and potentially face steep penalties. A Russian tourist caught carving a letter at the site just over three months ago was given a four-month suspended prison sentence and fined about $20,000. 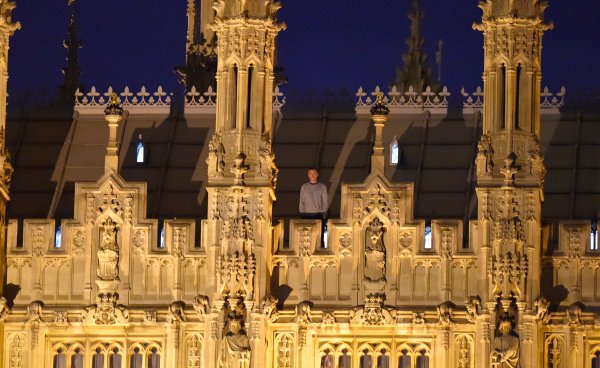 British Man Arrested After Spending Night on Roof of Parliament Building
Next Up: Editor's Pick