The One Thing That Makes Apple a Totally Different Company Now

In my 34 years of closely watching Apple, I’ve seen it go through plenty of life stages. For most of Apple’s life, it has been a technology company. But after Steve Jobs rejoined the company in 1997, it began to take on a new persona.

I met with Jobs on the second day he was back at Apple, during a very dark time in its history. When Jobs returned, Apple was in the red to the tune of $1 billion and only two months from bankruptcy. When I asked Jobs how he planned to rescue Apple, he told me the first thing he would do is take care of his core customers, meaning Mac owners using them for graphics design, desktop publishing and engineering.

But the second thing Jobs told me startled me: He said he would start focusing on industrial design. I remember scratching my head at his statement — I just couldn’t imagine how industrial design could save Apple. Of course, just a year later, Jobs introduced the candy-colored iMacs, forever changing what a personal computer could look like. Jobs then went on to make design a core tenet of Apple’s future, making the iPod, iPhone and iPad into sleek works of art, undoubtedly helping turn Apple into the behemoth it is today.

Apple Senior Vice President of Design Jony Ive was recently profiled by The New Yorker in a piece that made clear Apple’s focus on design has become a strategic piece of its mission. But even with Apple’s focus on design, I still consider it a tech company first and foremost. Still, a good friend of mine, Ben Thompson of Stratchery, recently wrote another excellent piece (subscription required) that puts Jobs’ 1997 comments to me into a new perspective.

Thompson was primarily referring to rumors Apple might be working on a car, but his overall perspective is important. As Thompson writes, if Ive is now driving Apple, that could turn the company into a more design-focused firm free to create products outside its historical business model.

I still have trouble believing Apple is building an entirely new car instead of just working on car software. But if Apple’s top leadership has fully embraced industrial design, Apple could be free to create not only cars and watches, but anything that could be tied into Apple’s app and services ecosystem.

After more than three decades of understanding Apple by following its history, I have to admit that we could be witnessing the birth of a new Apple. For a lot of us, that means giving up our preconceived notions of what Apple is today in order to understand where it’s going tomorrow.

Tim Bajarin is recognized as one of the leading industry consultants, analysts and futurists, covering the field of personal computers and consumer technology. Mr. Bajarin is the President of Creative Strategies, Inc. and has been with the company since 1981, where he has served as a consultant providing analysis to many of the leading hardware and software vendors in the industry.

Read next: The Biggest Misconception About Apple 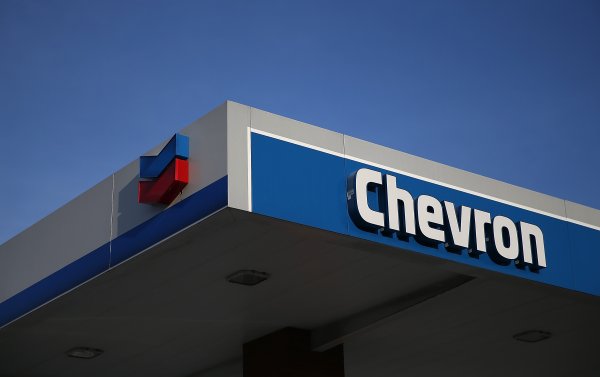 Why Chevron Is Helping Fund STEM Education
Next Up: Editor's Pick