Obama Says He Learned About Clinton Emails When Everyone Else Did

Asked by CBS News when he had learned of Clinton’s email setup, Obama replied, “The same time everybody else learned it through news reports.”

Clinton sent emails for both business and personal purposes from an address on a private server throughout the four years she was U.S. Secretary of State, the Times reported last week. She has since turned over tens of thousands of emails to be archived as public record.

“The policy of my Administration is to encourage transparency, which is why my emails, the BlackBerry I carry around, all those records are available and archived,” Obama told CBS. “I’m glad that Hillary’s instructed that those emails about official business need to be disclosed.”

Former President Bill Clinton declined to address the issue when asked at an event in Miami, according to a TIME reporter there: 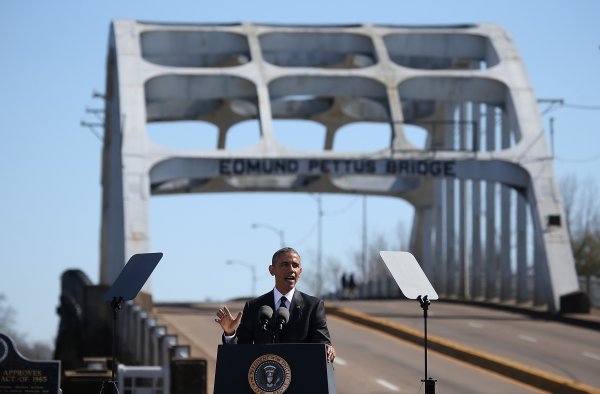