How the 'Dancing Man' Became an Internet Phenomenon

Celebrities and others across the Internet are planning to turn an instance of online bullying into a giant dance party to combat body-shaming.

It all started when a user of messageboard 4chan uploaded a body-shaming photo of an overweight man dancing at a night club. The post called Sean a “specimen” and noted that he looked distraught after other club goers laughed at him.

After the post received attention for its mean-spirited nature, Twitter user Cassandra Fairbanks took up the cause on the social media platform and sought to find the man in the post. The word spread quickly as people around the world tweeted in search of the dancing man and launched a #dancingman hashtag.

The man, eventually identified as Sean in London, launched a Twitter account of his own to thank his many supporters.

Now, Cassandra and others have raised more than $30,000 to fund “the dance party of a lifetime.” The party, which will benefit an anti-bullying campaign, has also received the support of celebrities including Pharrell and Ellie Goulding.

The Los Angeles Coliseum even volunteered to host for free. 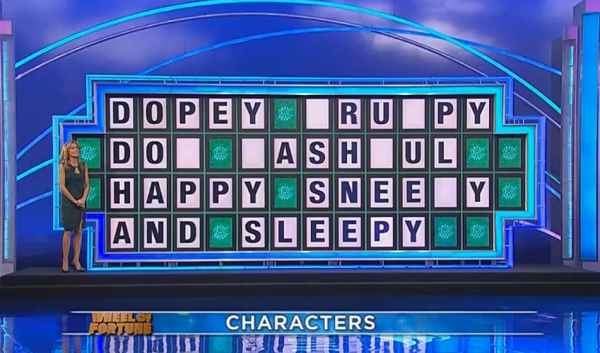 Wheel of Fortune Audience Gasps In Horror When Woman Blows Easiest Puzzle Ever
Next Up: Editor's Pick