Echoing arguments made by cable companies and many Republicans in Congress, the likely 2016 GOP presidential candidate argued that the FCC’s decision last month to approve the strongest-ever rules on net neutrality would “stifle competition, stifle innovation.”

Taking questions from Iowa voters at a Cedar Rapids Pizza Ranch, Bush noted that the decision rested on an interpretation of the Communications Act of 1934.

“The idea of regulating access to the Internet with a 1934 law is one of the craziest ideas I’ve ever heard,” he said. It was the first time Bush had weighed in on the subject since the FCC voted.

Bush said that Netflix and other backers of net neutrality are already regretting the scale the FCC’s action. “There is no support for this now,” Bush said. “The people who were concerned about this, the content providers like Netflix and others, have now disowned this.”

Netflix has backed the concept of net neutrality, even using a much noticed tweet to argue that without it cable companies would slow down Internet speeds. Its chief financial officer recently said he wasn’t happy with the FCC decision, but the company has since restated its support.

President Obama strongly supported the FCC’s action, calling it consistent with the principles of net neutrality he backed as a presidential candidate. Bush accused Obama of “steamrolling” the independent FCC by calling on it to make the decision.

“I hope that Congress acts on this” to reverse it, he added. 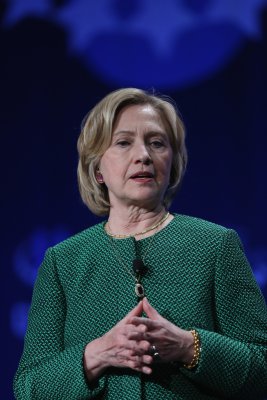