Likely presidential candidate Hillary Clinton avoided any mention Saturday night of the political controversy sparked by donations to her family foundation from Saudi Arabia, the United Arab Emirates and others with business before the State Department during her time in the Obama Administration. Instead, at a foundation event in the University of Miami, she left that work to her husband.

“We do get money from other countries, and some of them are in the Middle East,” former President Bill Clinton said, after being prompted on stage in a question and answer session. “The United Arab Emirates gave us money, do we agree with everything they do? No, but they’re helping us fight ISIS and they helped build a university with NYU. . . . My theory about all this is, disclose everything, and let people make their judgments.”

“I have a lot of people who help me but who never voted for me,” Clinton continued. “We ought to bring people together across great divides around things that they can agree on and find something to do to make peoples lives better.”

The Wall Street Journal reported last month that as Secretary of State, Hillary Clinton lobbied for the interests abroad of corporations like Walmart and General Electric that also gave to her family’s charity. The Clinton foundation also has accepted donations from foreign governments. Unlike most charities, the Clinton Foundation publicly discloses a list of all its donors.

Hillary, meanwhile, devoted her joint discussion with her daughter, Chelsea, to the work the foundation is doing, instead of the questions surrounding it. She announced the “No Ceilings” project, an advocacy and data repository intended to encourage gender equality around the world.

“This is a global data project that measures the gains that women and girls have made around the world in the last 20 years, but also identify the gaps that remain,” said the former Secretary of State. “Whether it’s women’s rights or civil rights or LGBT rights, we’re counting on you to lead the way, and that’s what the No Ceilings initiative is really all about.”

The packed gathering of volunteer-minded students was a friendly audience, and they gave Hillary a standing ovation as she entered. All day a relentless loop of Taylor Swift’s “Blank Space” and Mark Ronson’s “Uptown Funk” heralded speakers onstage.

It was the culmination of a three-day event hosted by the Clinton Foundation called the Clinton Global Initiative University, an incubator of sorts for student volunteers and activists who have committed to address jaundice in India and nutrition in West Philadelphia.

“We couldn’t think of a better audience to be the first to share this data with, because a lot of the changes that we need to make to build a future is the work of every one of you,” Hillary Clinton said, before turning the focus on continued problems in the United States.

“Even in wealthier countries like our own, it really makes a difference as to your economic status whether or not you are going to be able to participate fully, get the healthcare we need—although we’ve made a lot of progress on that—and get the education we need, though it needs to be more affordable,” she said. “We have seen progress everywhere, but we have also seen concerted efforts to stop that progress or even turn it back in too many places.”

The Clinton Foundation owes much of its success and its billions in funding to the Clinton name, and to Bill and Hillary’s deep web of political and business connections. For the Clintons, politics and philanthropy make temperamental bedfellows. In his remarks, Bill addressed the questions critics have posed of his wife.

“I believe we’ve done a lot more good than harm,” he said of his family’s charity. “So I’m going to tell you who gave us the money, and you can make your own decisions.” 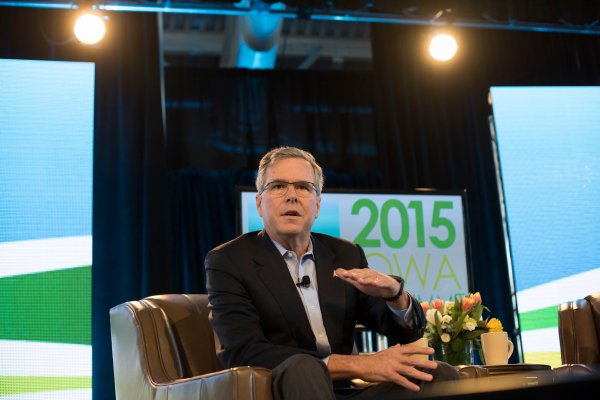