Aereal view of the Citlaltepetl volcano or Pico de Orizaba, the highest mountain in Mexico and the third highest in North America in Veracruz State, Mexico on June 1, 2014.
Alfredo Estrella—AFP/Getty Images
By Nolan Feeney

Mountain climbers in Mexico stumbled onto a scene from The Walking Dead this week after they found two corpses sticking out of a glacier on Mexico’s tallest peak.

Inclement weather prevented officials from digging out the remains of the bodies on the Pico de Orizaba volcano, the Weather Network reports, but a second attempt was made Friday.

Authorities believe the bodies could be the victims of a 1959 avalanche that killed three people and that a third corpse could be in the area. Many relatives of other missing climbers have contacted officials about identifying the bodies since the climbers’ shared their discovery. Clothing that may have been preserved in the ice could help forensic experts determine the identities of the deceased climbers. 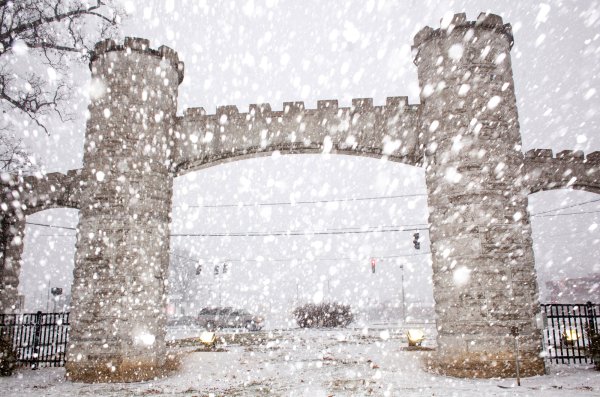