David Kochel, the campaign manager-designate for former Florida Gov. Jeb Bush, has stepped back from his outspoken role in support of same-sex marriage as he prepares to lead the presidential campaign.

Kochel, an Iowa-based veteran of Mitt Romney’s presidential campaigns, signed a Supreme Court friend of the court brief when justices overturned California’s gay marriage ban in 2013. But this week Kochel’s name was off the list when more than 300 Republicans signed another amicus brief this week in support of legalizing same-sex marriage nationwide.

In an email to TIME, Kochel, who is currently working for Bush’s Right to Rise PAC, said he was stepping back from his public role. “In my full time role at the PAC, I have decided not to sign advocacy petitions of any kind,” he said.

After the 2012 election, many former Romney aides, including Kochel, joined Republican operatives and a handful of congressional lawmakers in signing the amicus brief. Kochel spoke openly about the issue in local and national news interviews.

TIME reported on the full list of amicus signers on Thursday. Among those who dropped off between 2013 and 2015 were actor and director Clint Eastwood and former Romney advisor Ben Ginsberg. It was not clear why they did not sign on once again.

In an interview Thursday, Ken Mehlman, who organized both amici briefs, declined to comment on conversations with potential signers.

A staunch social conservative who supported a federal constitutional amendment to define marriage as between a man and a woman, Bush has long been opposed to same-sex marriage. But after a court cleared the way for such unions in his home state, Bush urged “respect” from all sides.

Bush consultant Mike Murphy, who is expected to remain a part of the Right to Rise Super PAC, as opposed to joining the presidential campaign directly, signed the amicus brief. 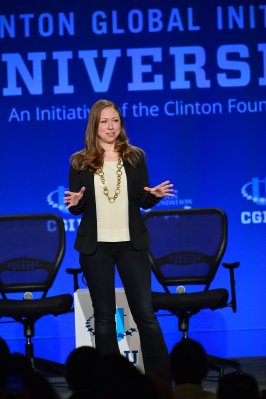